*: Language, idiom of a people or a nation. 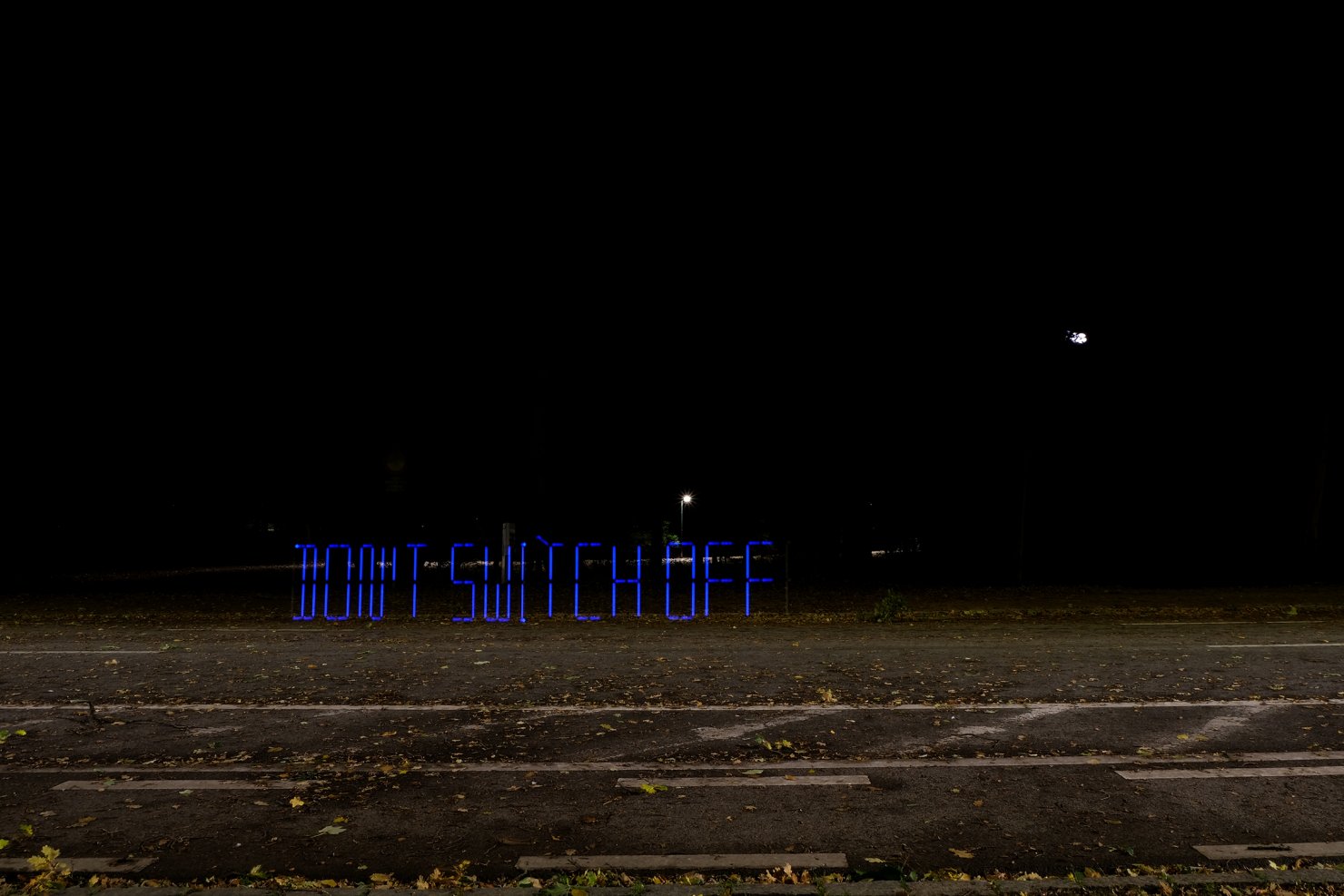 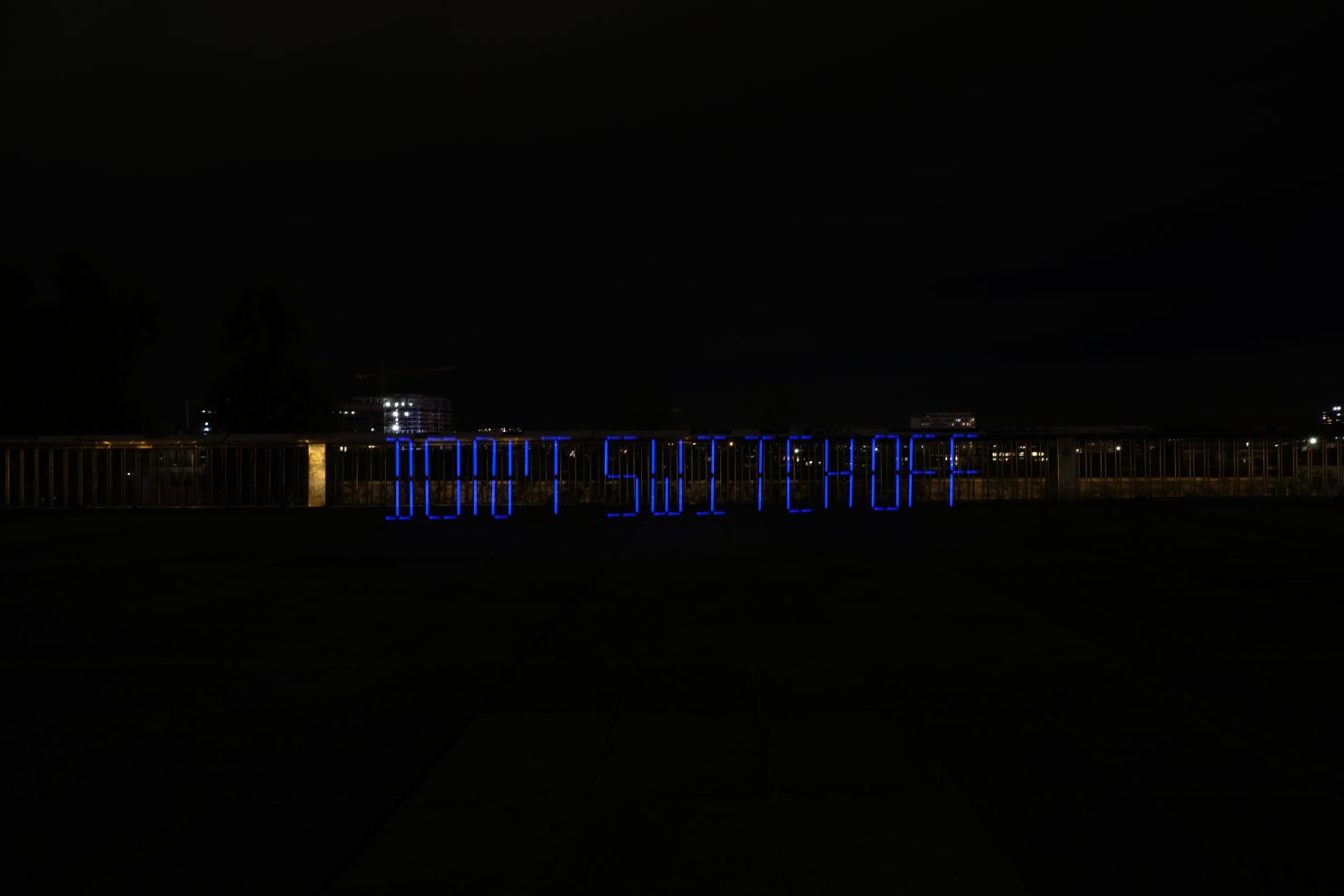 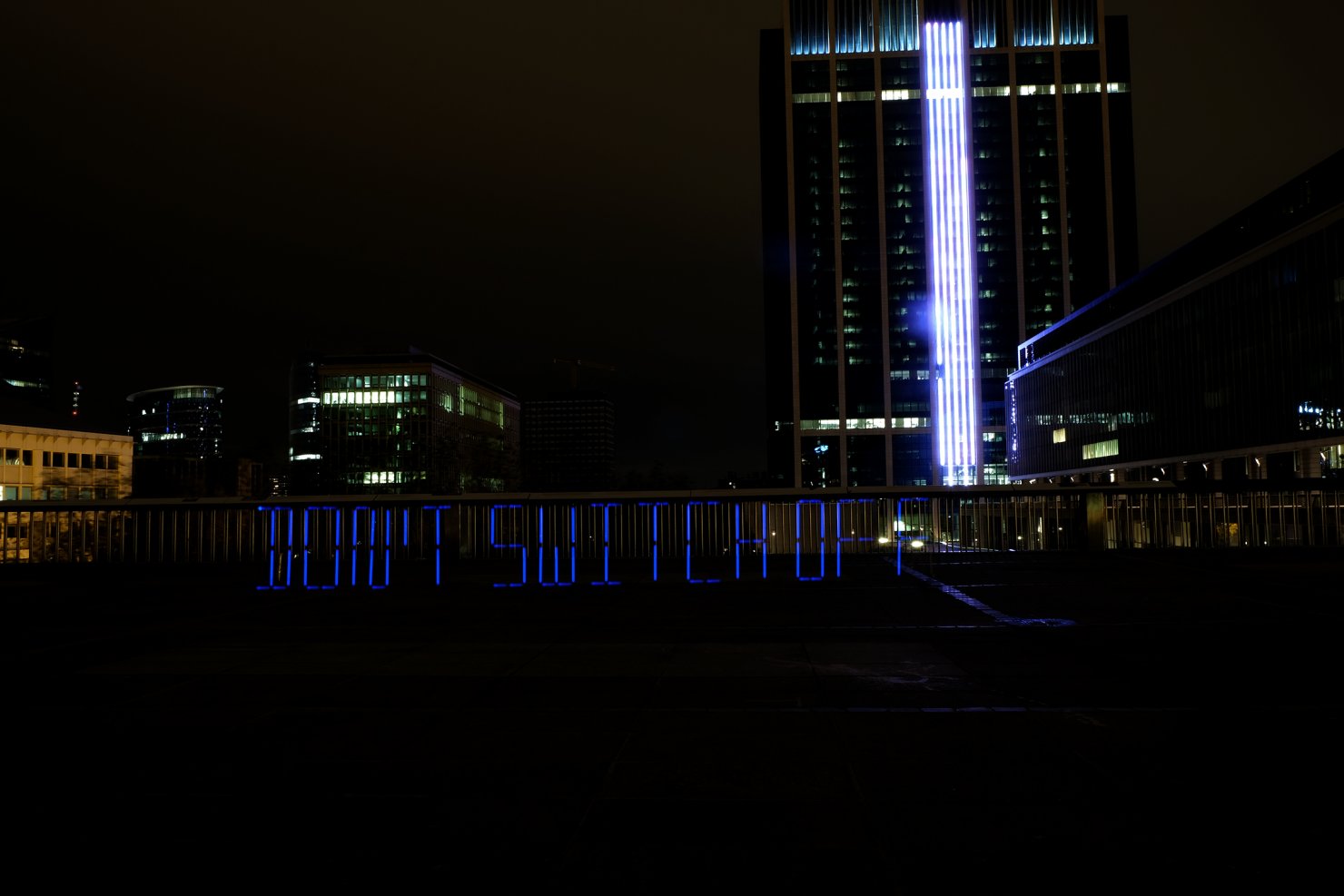 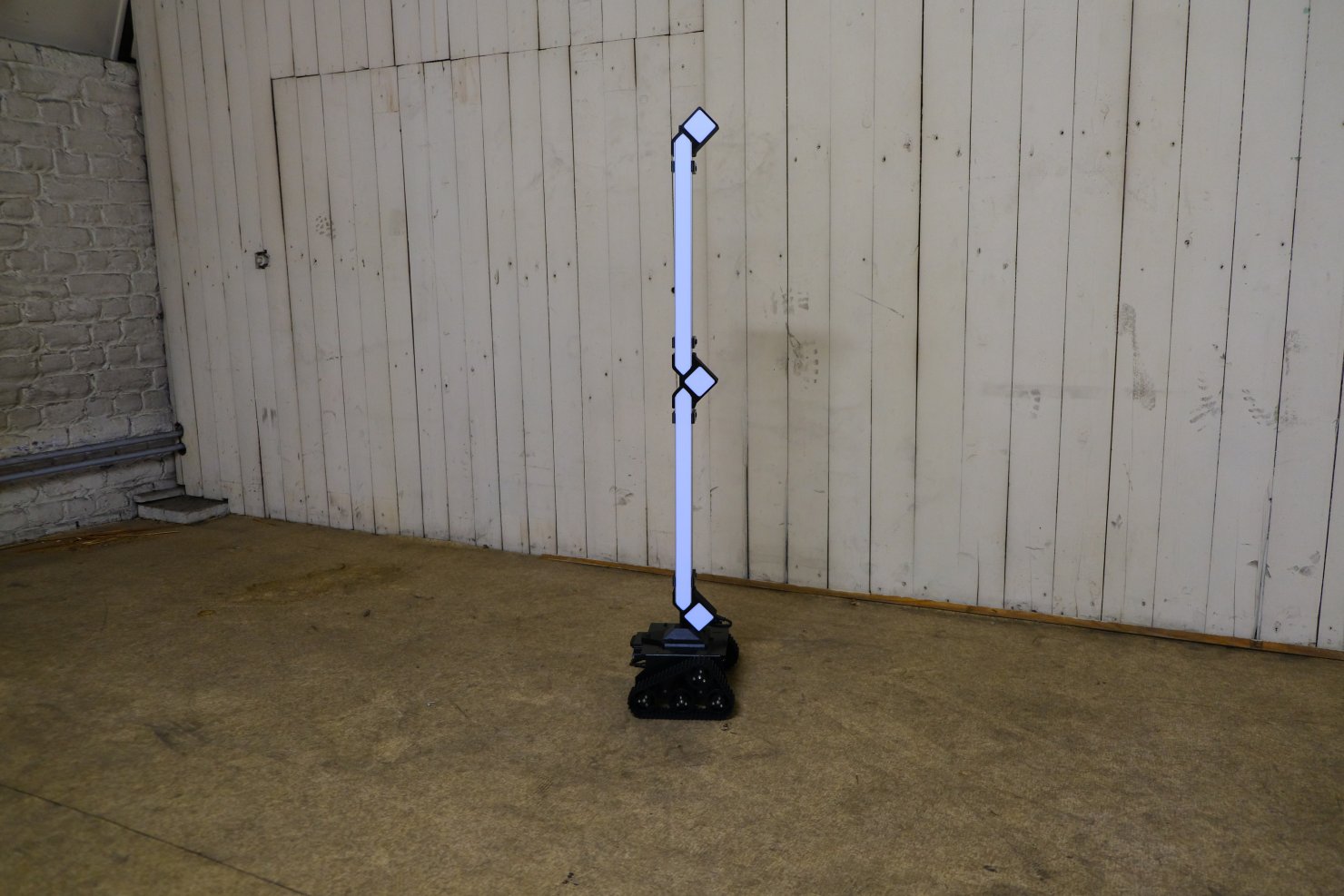 [ \i.ˈðjo.mas\ ] is a light installation driven by an remote controlled Tank surmounted by a custom led device, sketching the shape of a 7 segments display.

"Idiomas" is a device who allows the generation of alphabetic characters in the form of 7-segment displays. The atypical device has the particularity of freezing the characters in the visible in a very temporary way. Thus, and to make the analogy with the oral language which persists in the air only the time of the propagation of the sound, "Idiomas" allows to display its characters for a duration equivalent to the rendering increased by the duration of retinal persistence.

The phenomenon, however very simple in the physical world, deserves an explanation in the written world ...:

The first desire was to create a simple and versatile mechanical device capable of representing the impermanence of oral language, and by extension of certain languages ​​doomed to disappear for lack of transmission and use.

A word, a language, if it is not transmitted orally or in writing, is sooner or later doomed to disappear.

"Idiomas" freezes words in space for a short moment. In theory, only a long photographic take would allow the word to be revealed, in other words the device forces the receiver (the observer) to capture via his phone or a camera the data that is displayed to see the result.

In other words: To see a word generated by the display, it must be recorded, and if it is recorded, we participate in its transmission, and if there is transmission, the survival of the word is reinforced.

The device can be wireless programmed and display continuous words in any given language using the latin alphabet.

The final image is obtained with a long exposure camera shot.