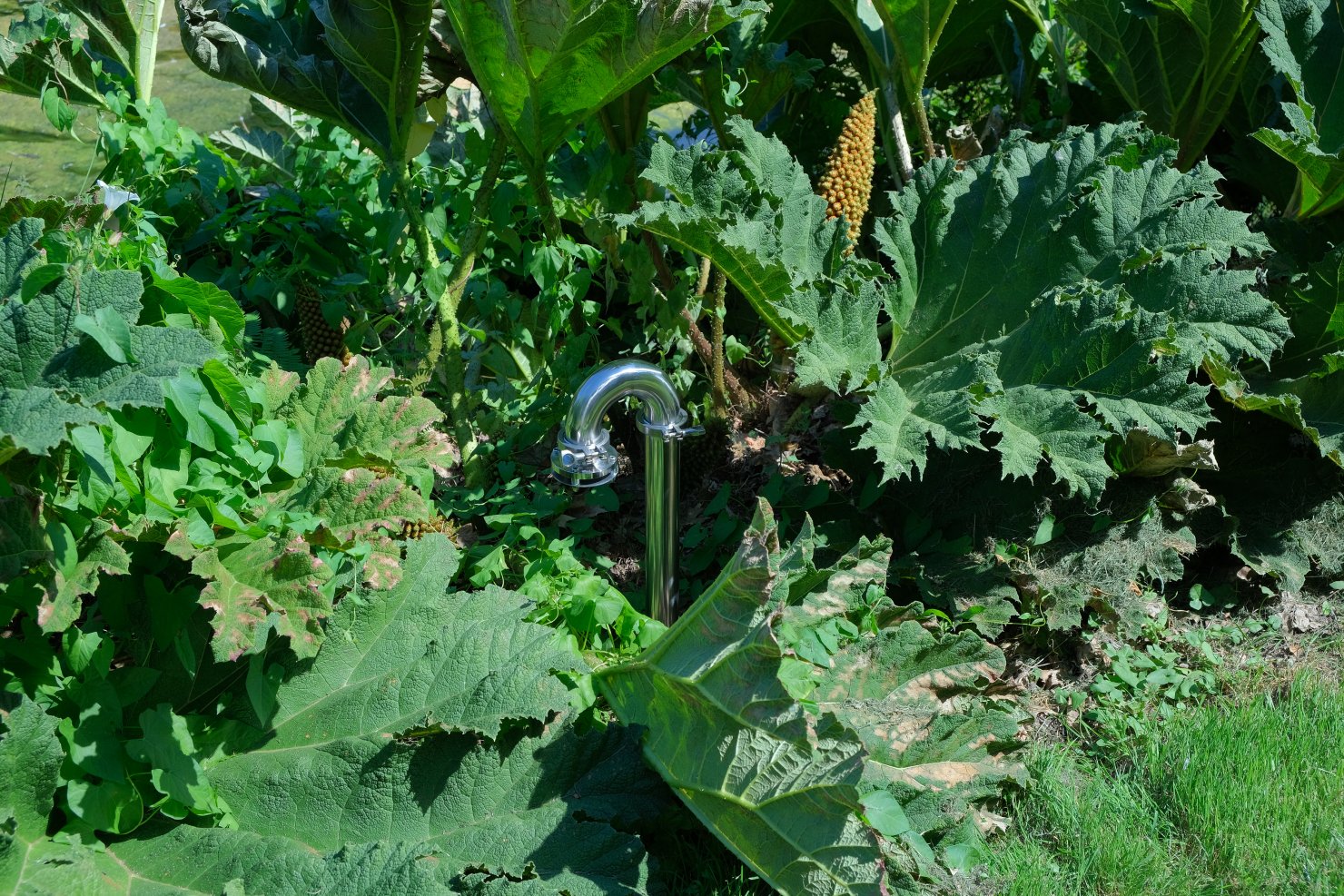 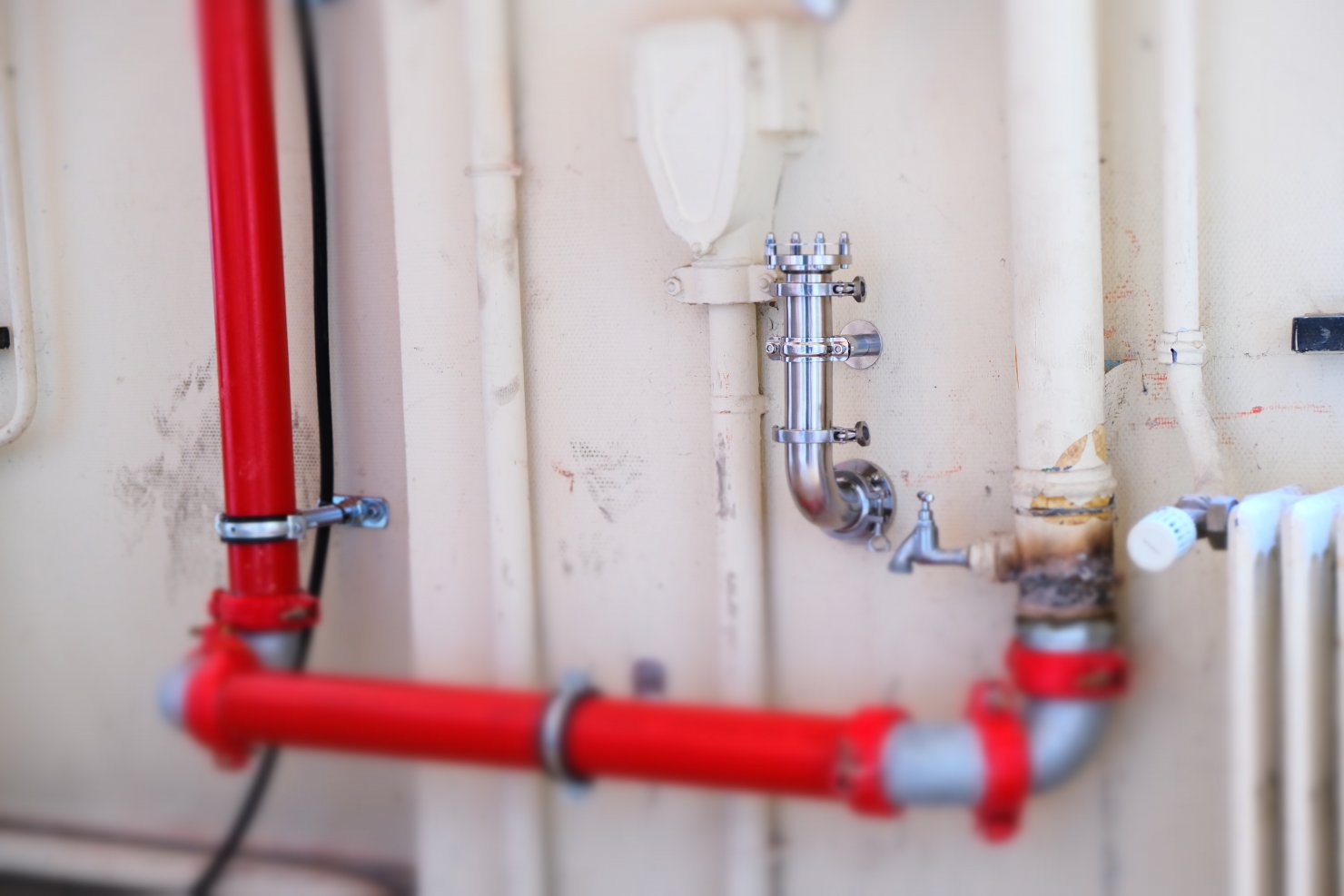 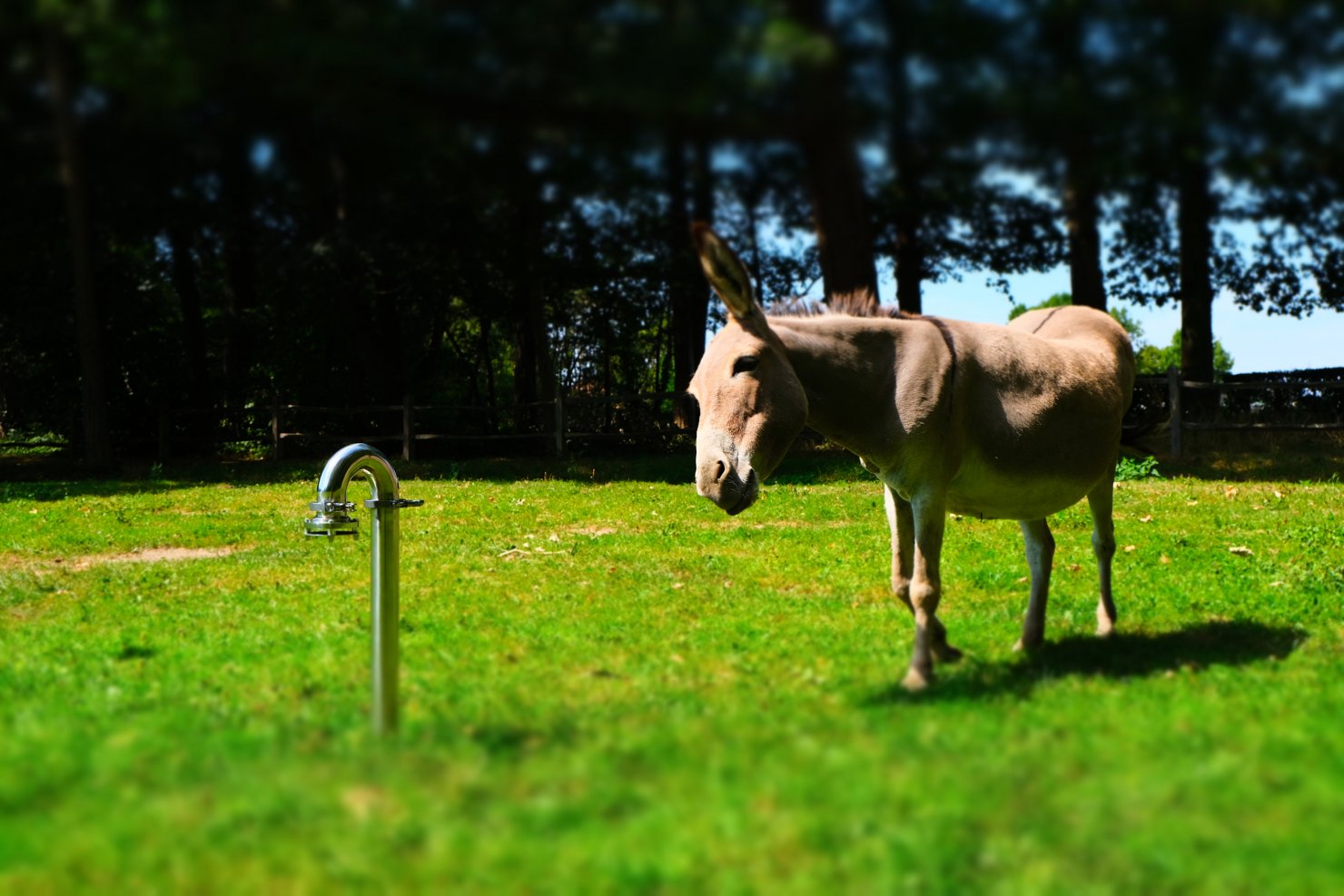 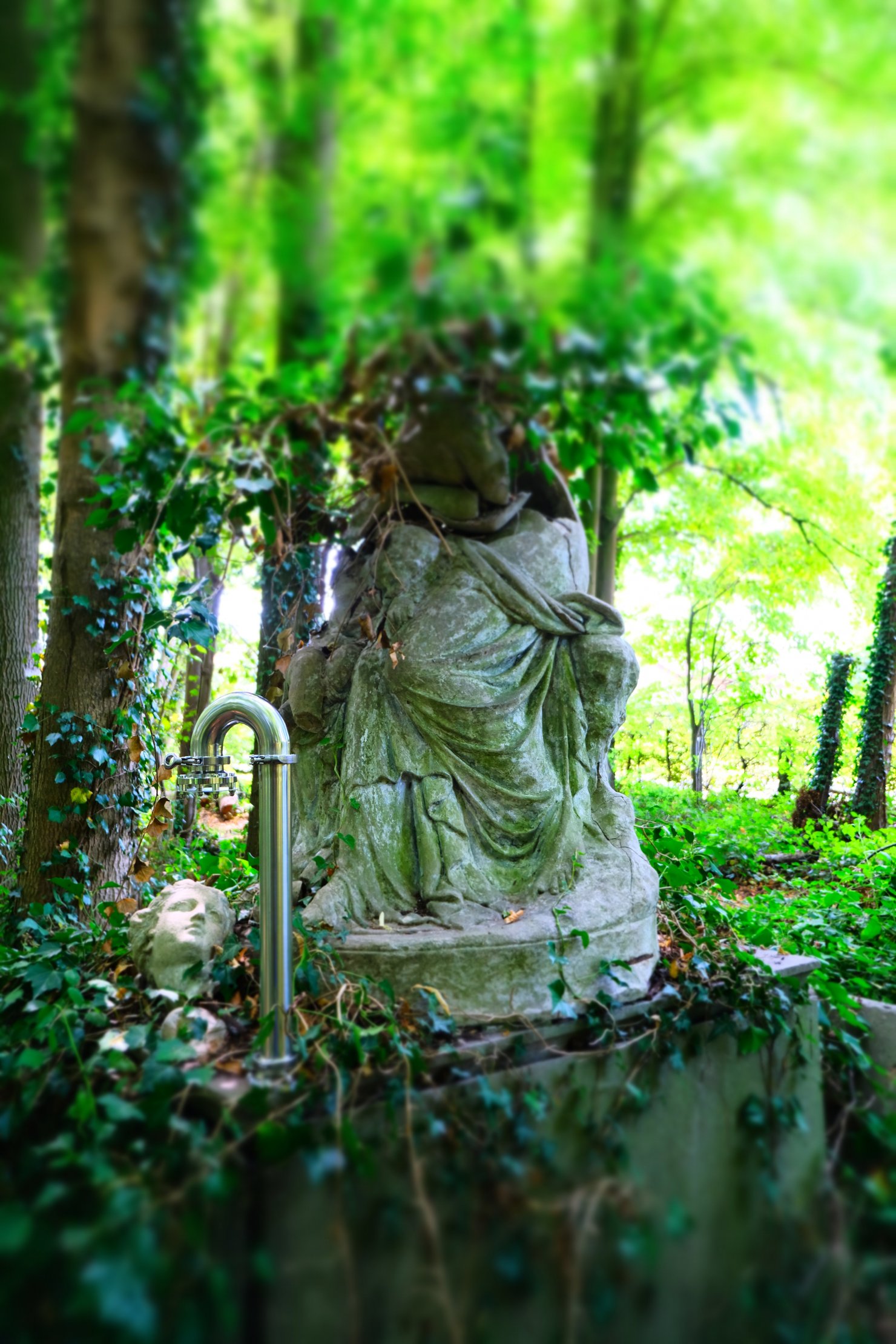 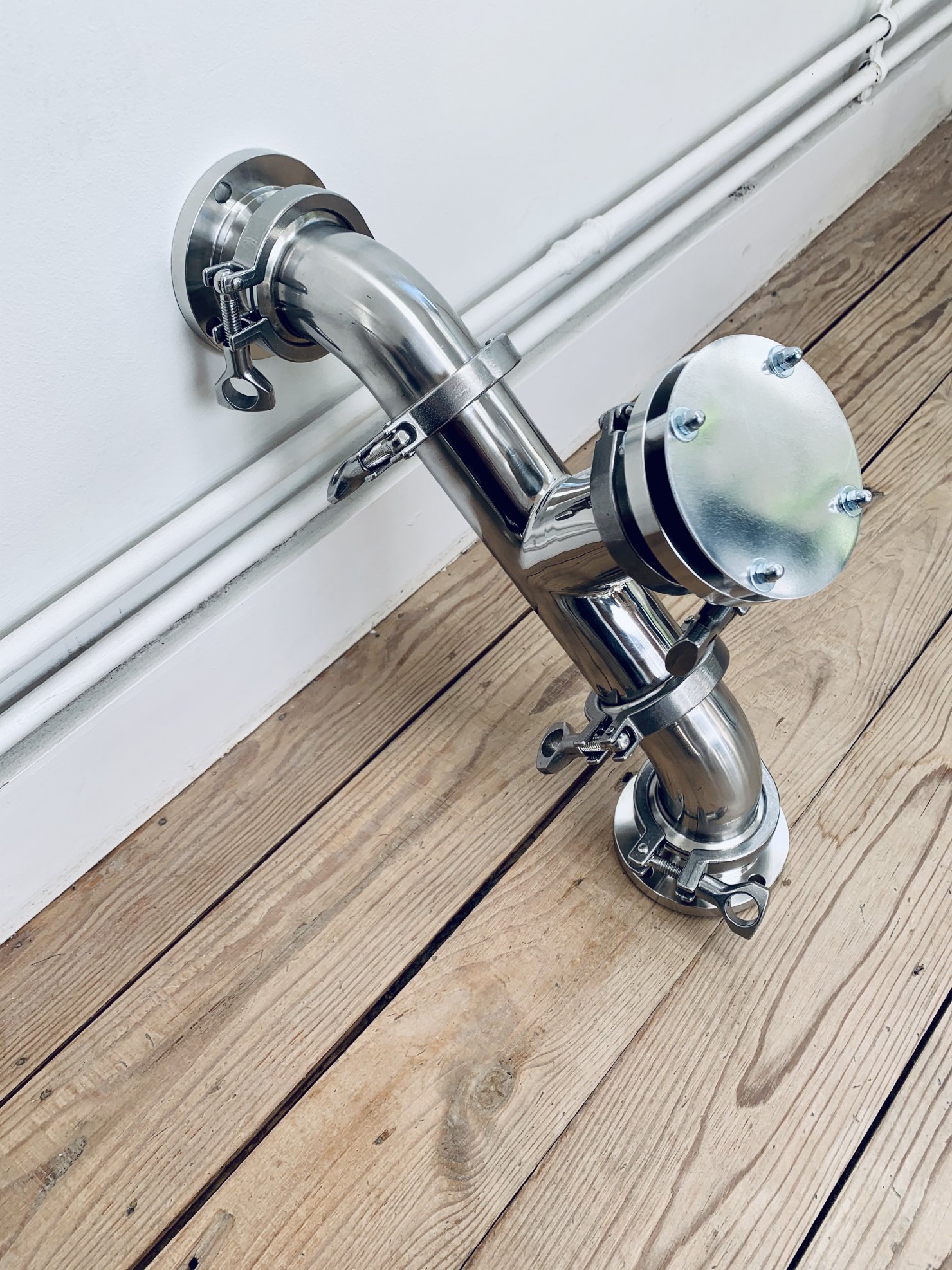 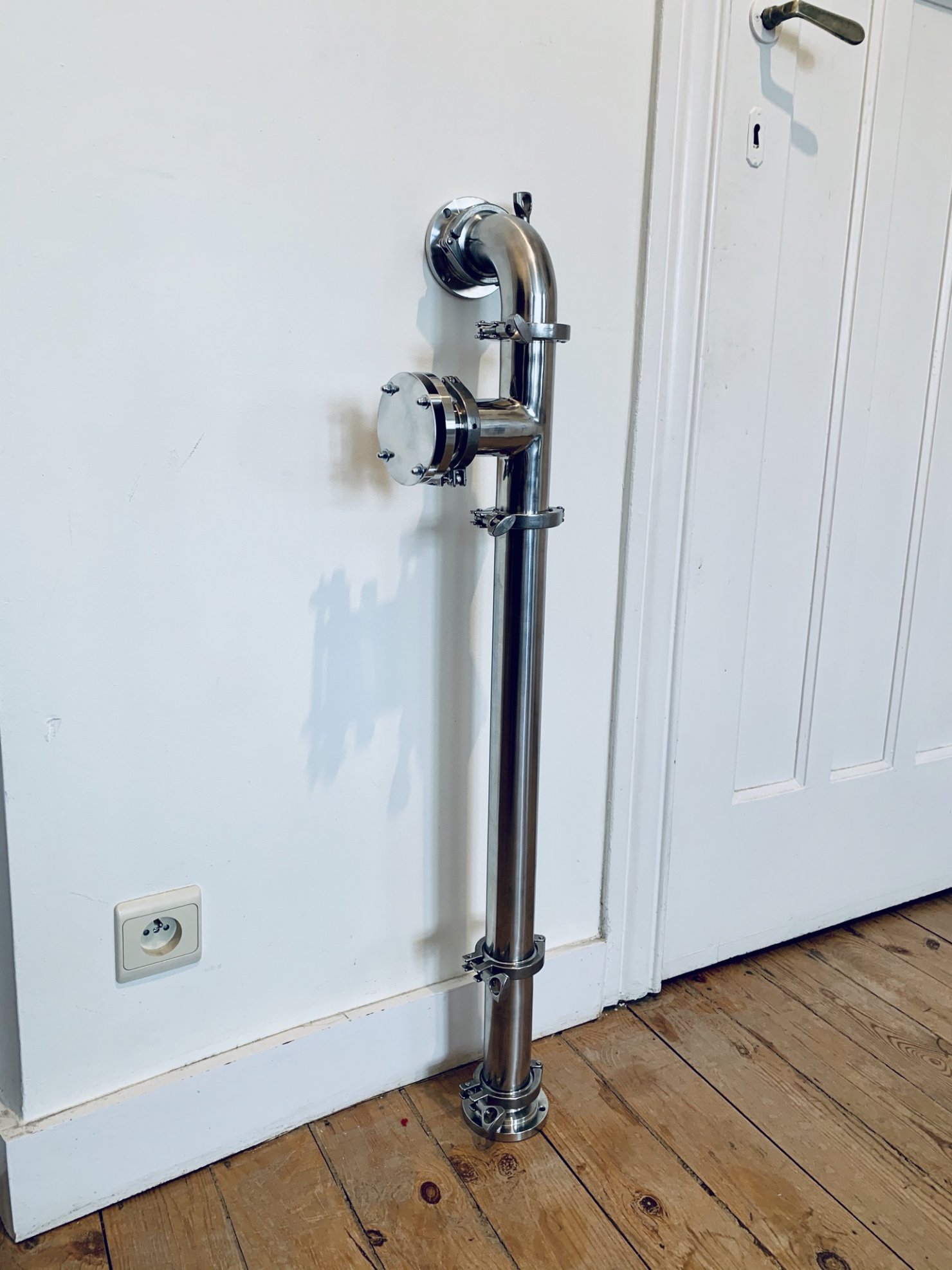 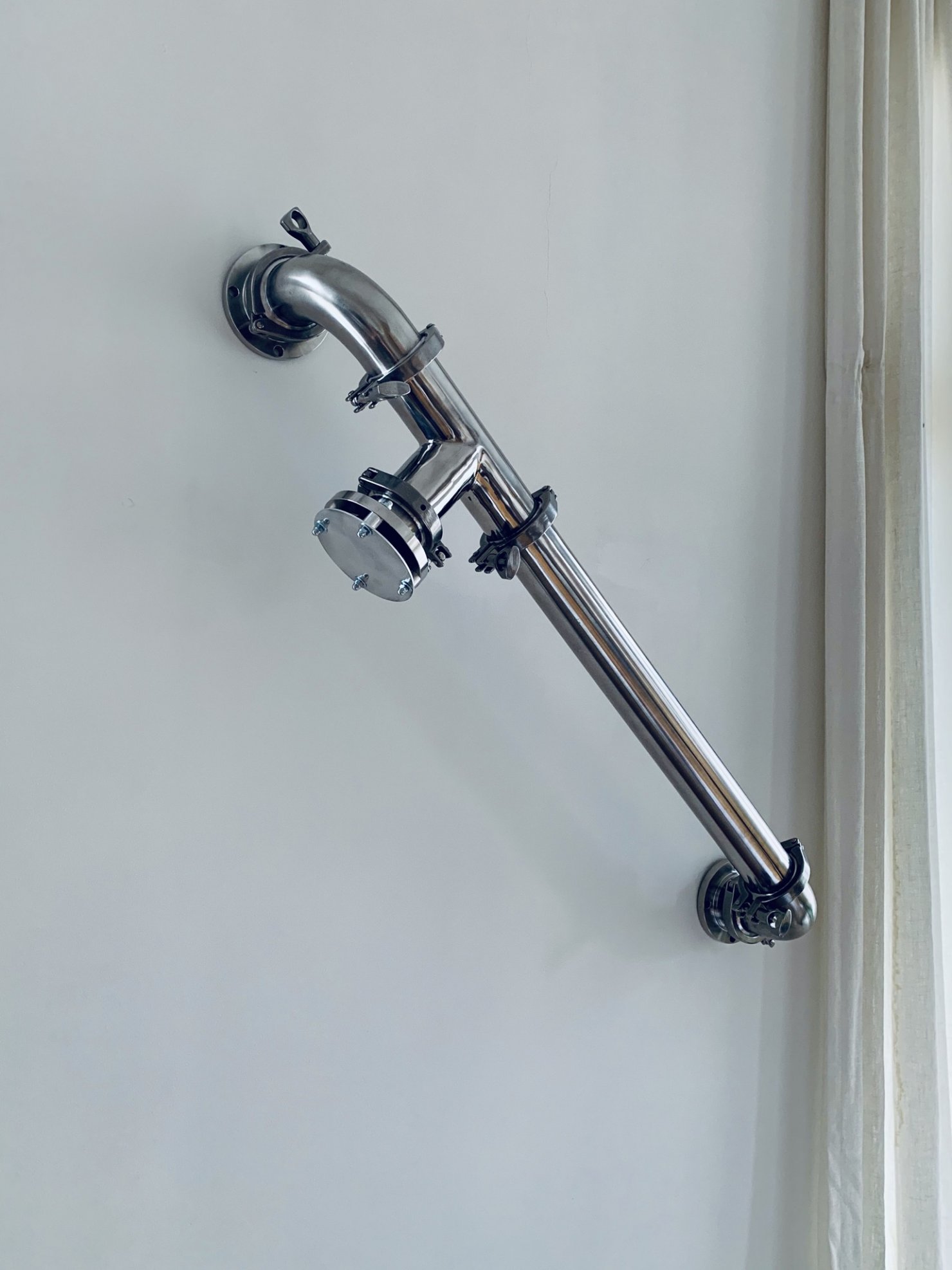 \bəˈloʊ\ (Below or Above the Below) is a sound installation, featuring a pipe emerging from the ground emitting an audio file.

On the first picture the audio file is a lecture from the book: " How to analyse people on sight" written in 1921 by Authors: Elsie Lincoln Benedict and Ralph Paine Benedict. The morphology of the artwork somehow forces the listener to take weird poses to listen to the audio file, it takes a bit of time to understand that the seven hour audio file is actually a lecture of a book about the analysis of « poses & postures » and for him to understand he’s probably being himself analyzed by a former listener. As the authors put it: " Modern science has proved that the fundamental traits of every individual are indelibly stamped in the shape of his body, head, face and hands—an X-ray by which you can read the characteristics of any person on sight. The most essential thing in the world to any individual is to understand himself. The next is to understand the other fellow. For life is largely a problem of running your own car as it was built to be run, plus getting along with the other drivers on the highway. From this book you are going to learn which type of car you are and the main reasons why you have not been getting the maximum of service out of yourself."

The second Pictures shows another iteration of the project called Techno from the basement". For this one, the emitted audio file consists of a muffled techno sound lasting 8 hours.

To come:A Practical Guide to Self-Hypnosis by Melvin POWERS (1922 - )The Psychology of Peoples: Its Influence on Their Evolution by Gustave LE BON (1841 - 1931)Esperanto Self-Taught with Phonetic Pronunciation, Volume 1 by William W. MANN Philosophy and Fun of Algebra by Mary Everest BOOLE (1832 - 1916)...

The work was made possible thanks to the support of: « La Fédération Wallonie Bruxelles » http://www.culture.be/