BUM _ (bŭm) noun. 1. A tramp; a vagrant. 2. A lazy or shiftless person, especially one who seeks to live solely by the support of others. 3. An incompetent, insignificant, or obnoxious person: The batter called the pitcher a bum. 4. One who spends a lot of time doing a particular recreational activity: a beach bum; a ski bum. (www.thefreedictionary.com) 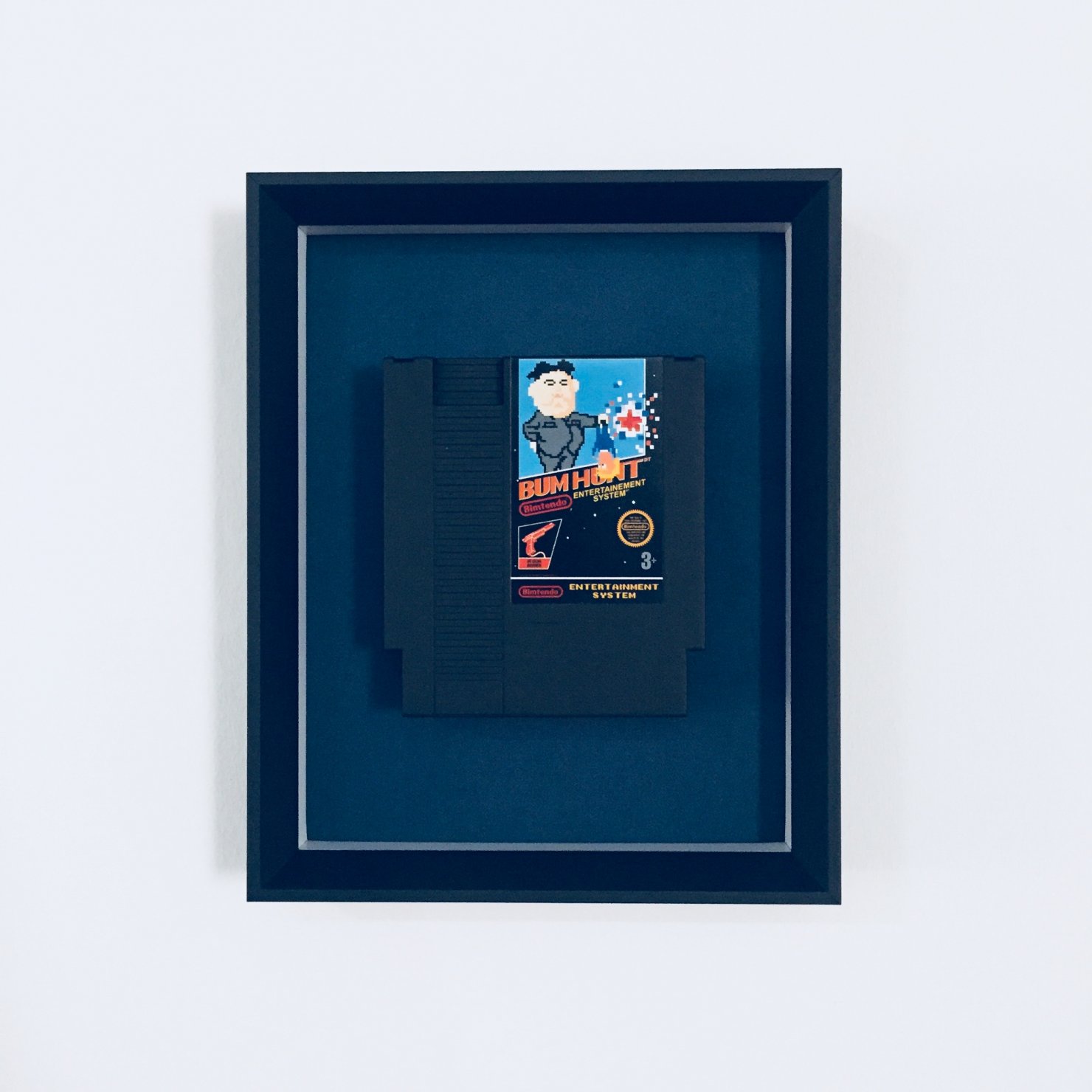 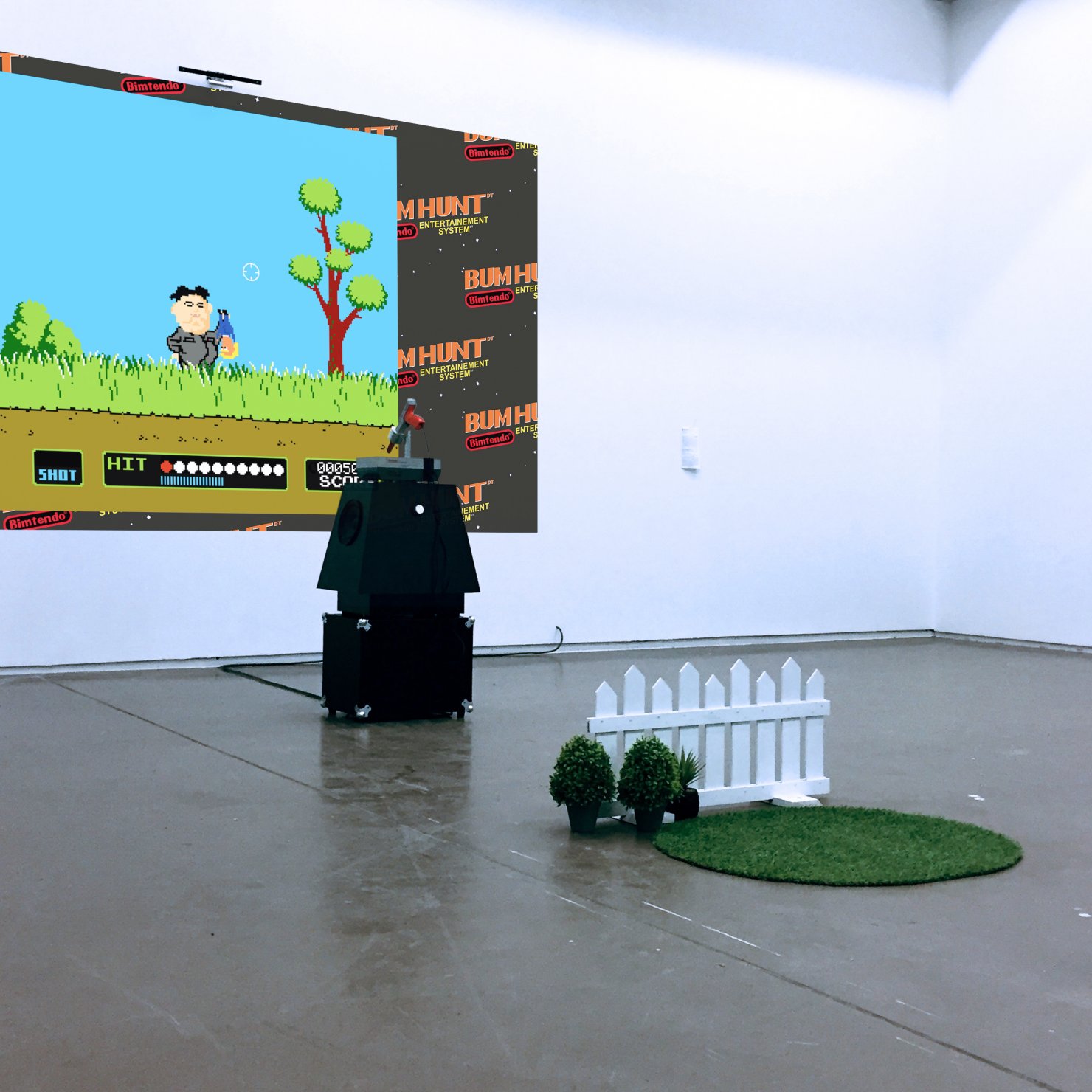 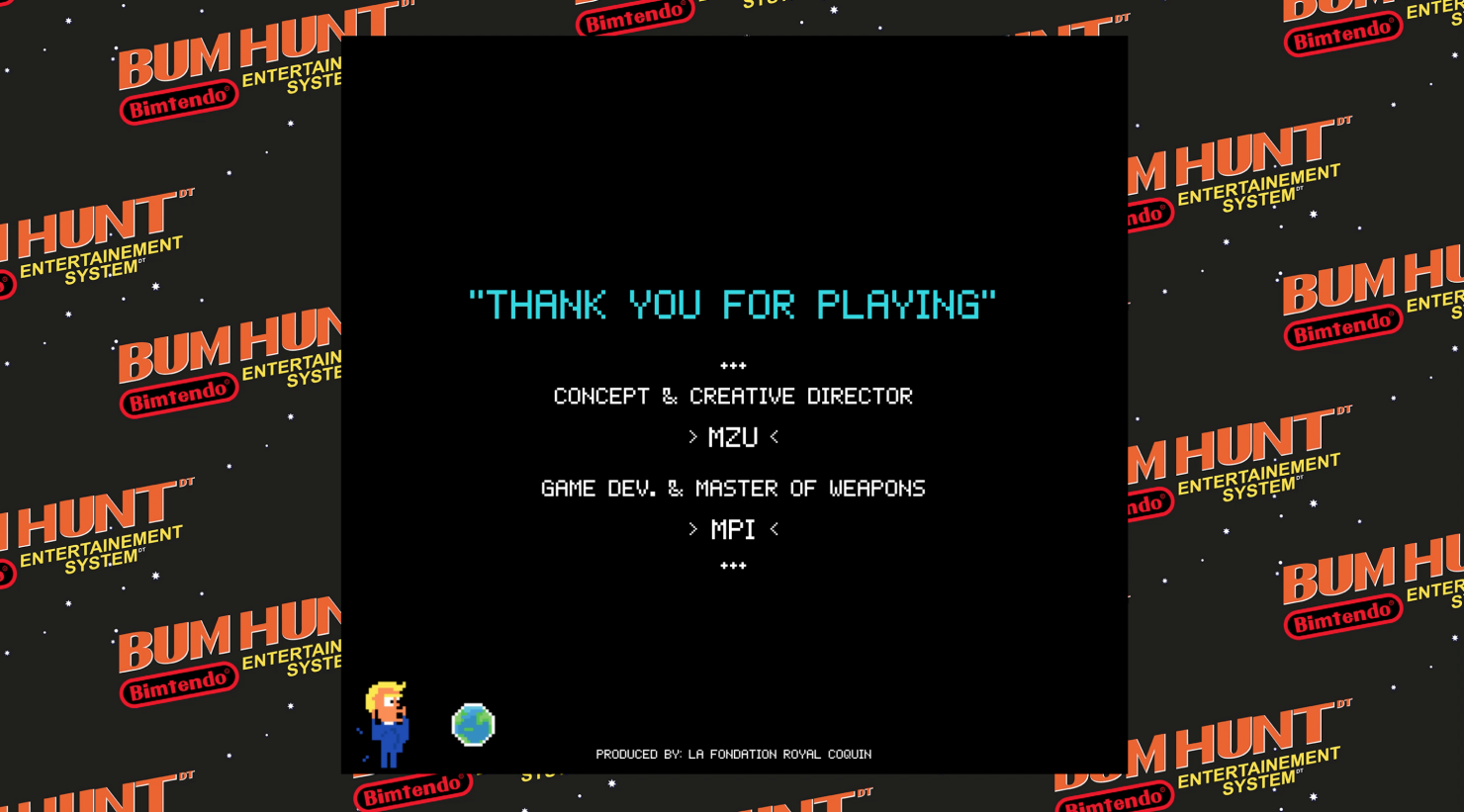 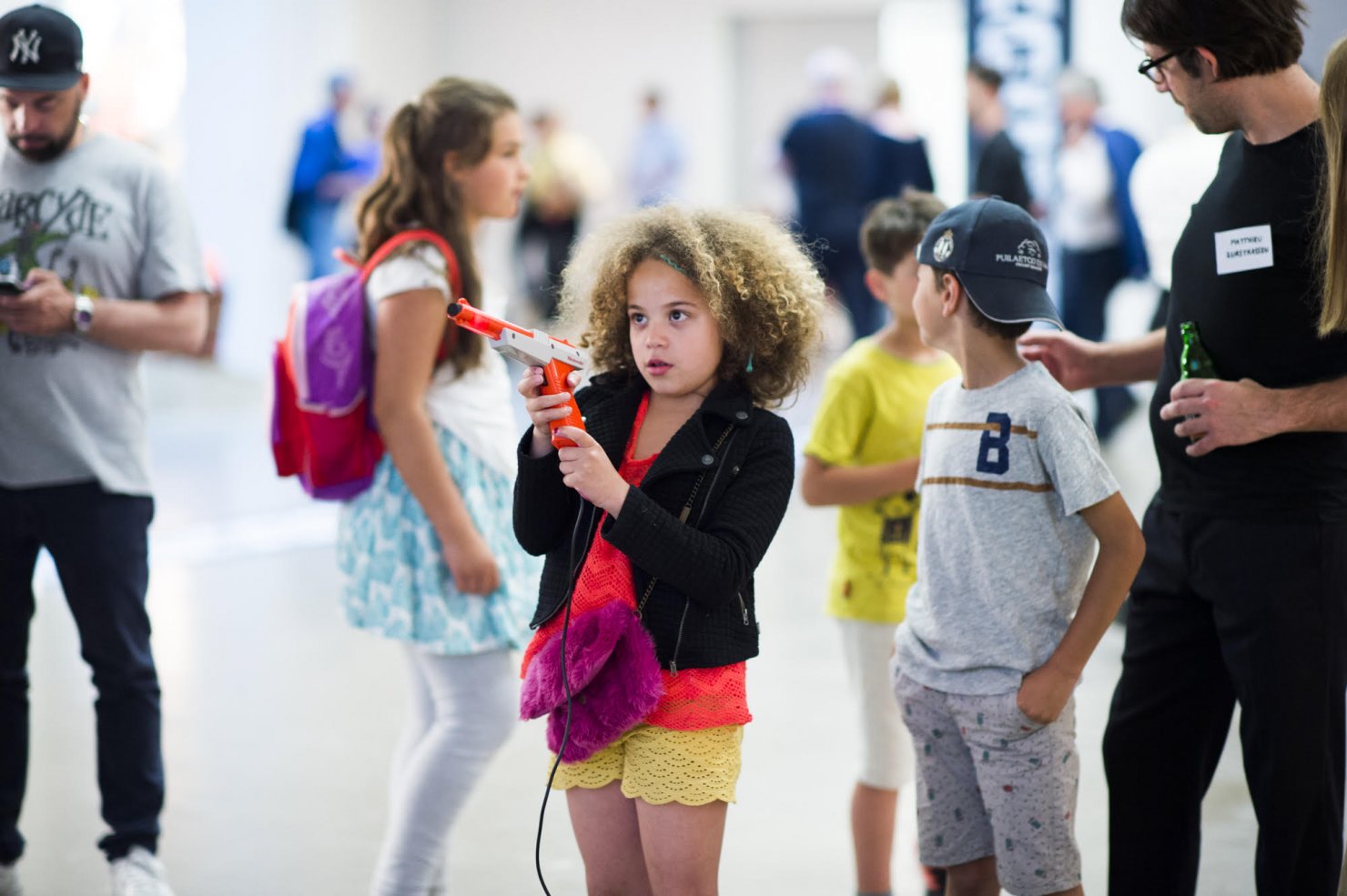 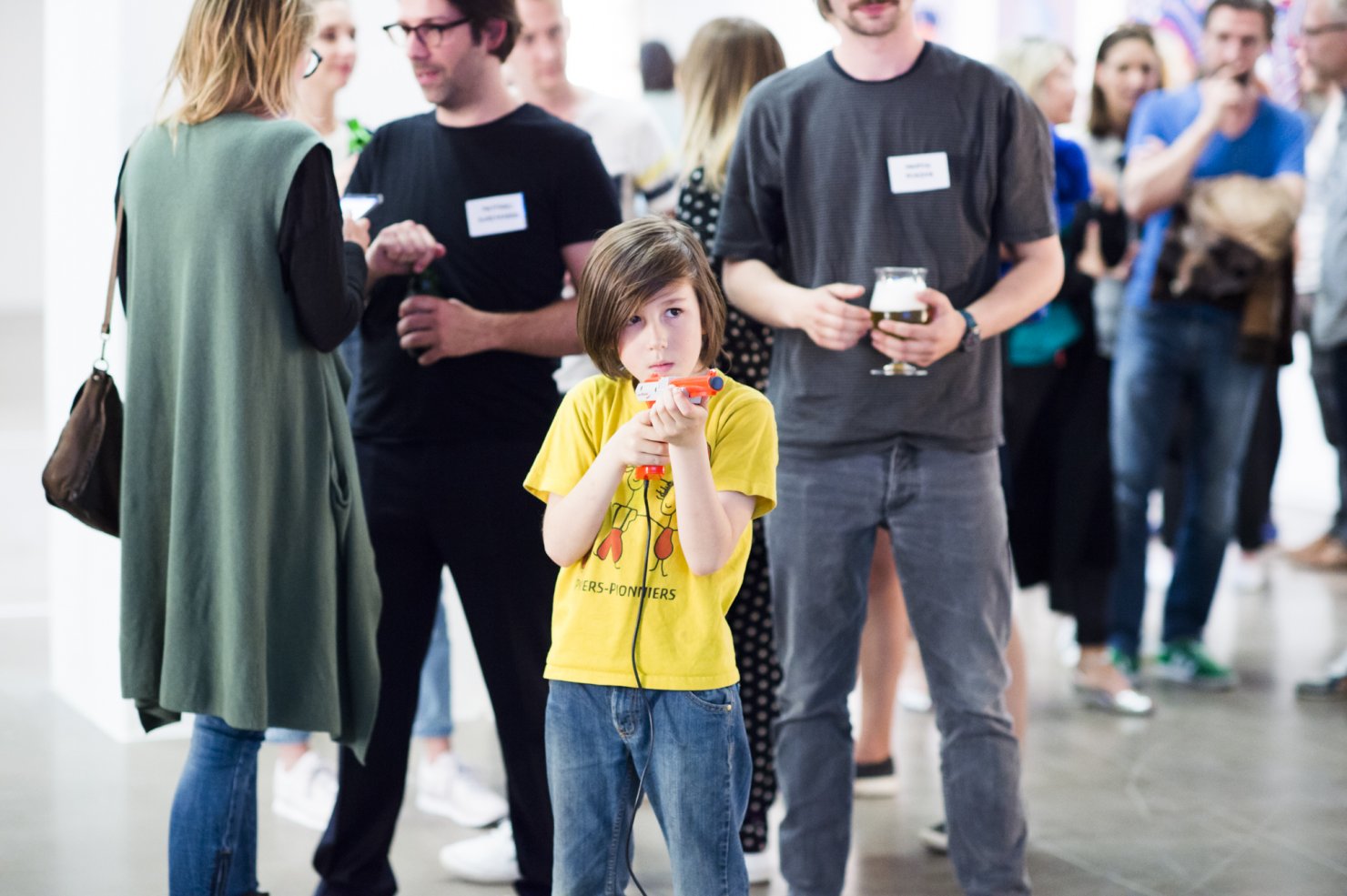 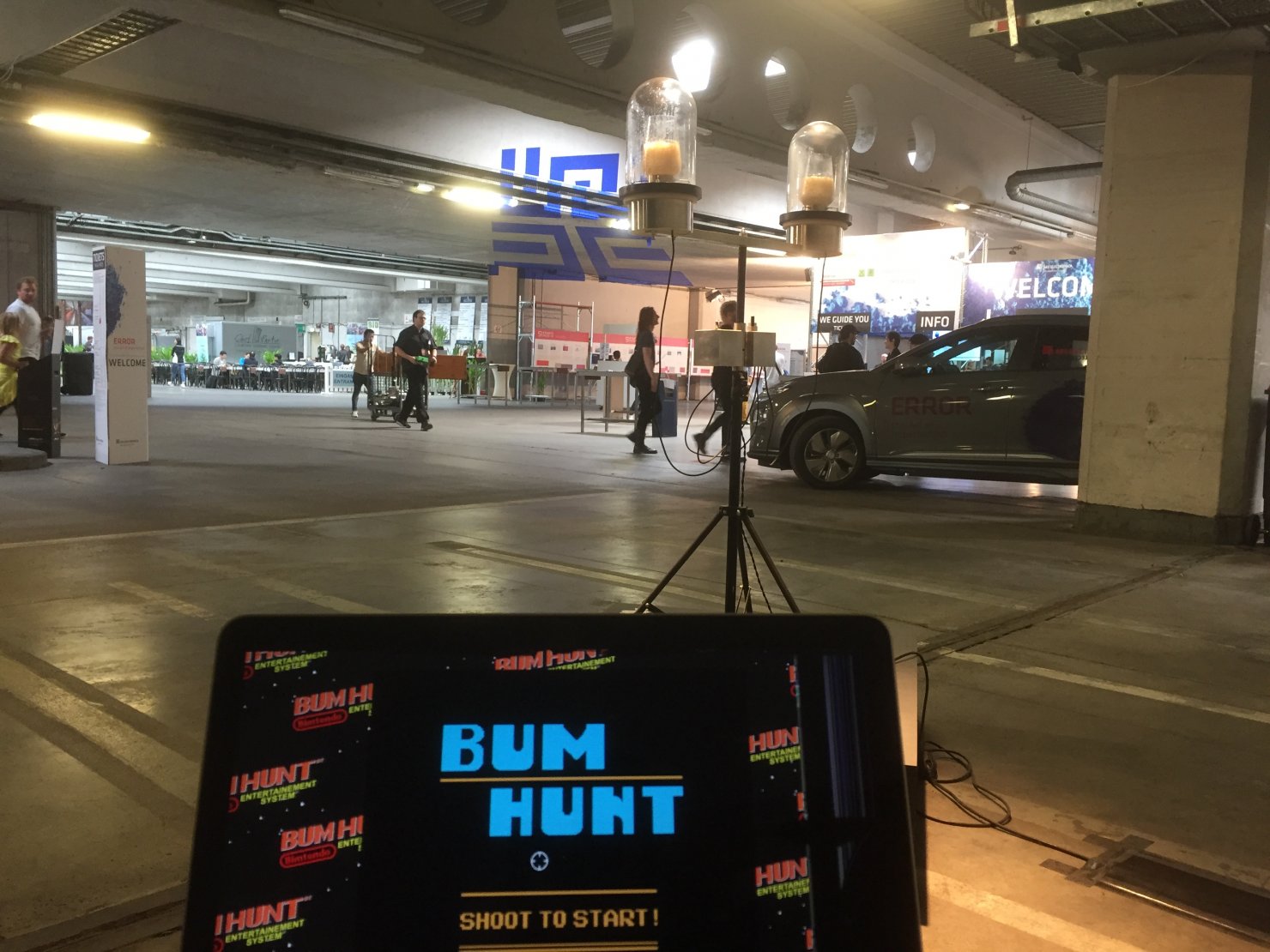 What happens when you get a remake of a classic 1984 Nintendo game and see it transformed, pixel by beautifully oversized pixel, into a deceptively simple interactive work of art?

Bang bang, rings the voice of Nancy Sinatra as her song comes to mind. Her voice is quickly dissipated by the reality of video-game music.

The three main protagonists in this online game, Donald Trump, Vladimir Putin and Kim Jong-un are joined by a fourth: us, the “Bimtendo” player.

In a world of GIFS, twitter and social media, the power of satirical humor and simplicity go a long way. We are back to the basics with the original shooting game: consoles, moving targets, and collecting points. The scene is set and the self-derisive humor spares none, neither the art-world connoisseur, nor the pop-idol consumer, nor children and adults who love to play. All are invited to be amused and slightly overwhelmed by the sight of two fictitious frenemies on a wrecking b... Horse, swinging through the screen as the game comes to a close. As we shoot at the animated puppets, we are left begging the questions: Who’s playing who? Which character is playing the other? and eventually, Are we playing them or are they playing us? The political figures in the green pixelated arena and the video-players behind the screen are all brought together by a virtual shooting game. Maybe the online world has the last say.

If over-identification is a tactic of the engaged artist, we are definitely placed in a position with food for thought. The game is obsolete without a player. In real life Donald Trump may be living his ‘worst hour’ with the Mueller investigation into his campaign, but in virtual reality we are all invited to go on a more leisurely stroll with him and his infamous international counterparts in this game called Bum Hunt. All can play online for free at: http://www.royalcoquin.com/bumhunt/

As T.S Eliot once said, “Genuine poetry can communicate before it is understood”, the same can be said of great art or a classic video game, they are felt before they are questioned.