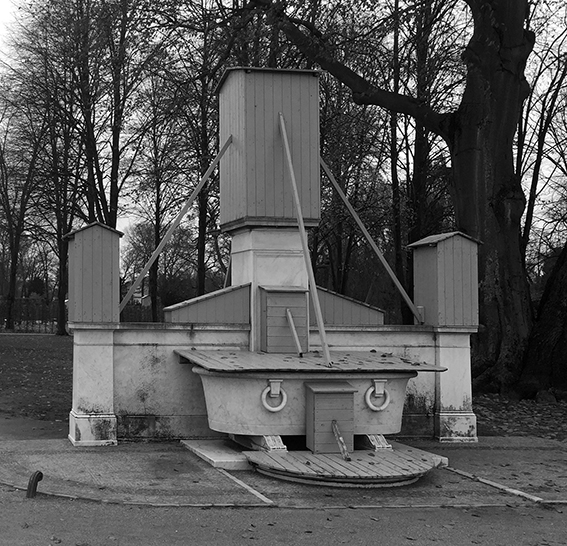 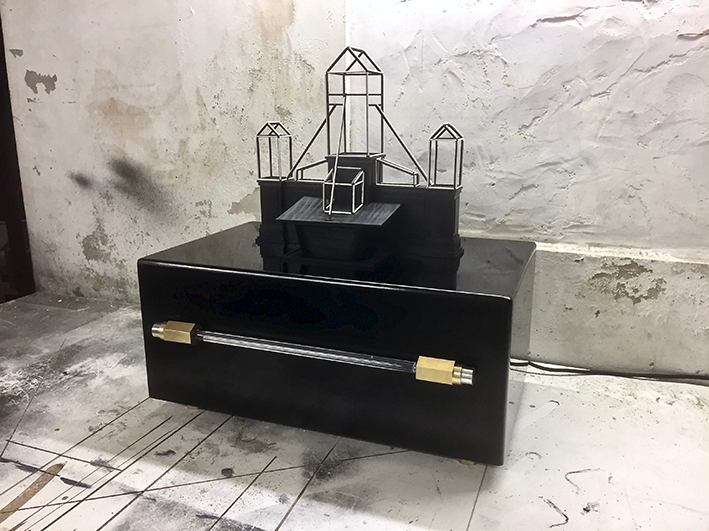 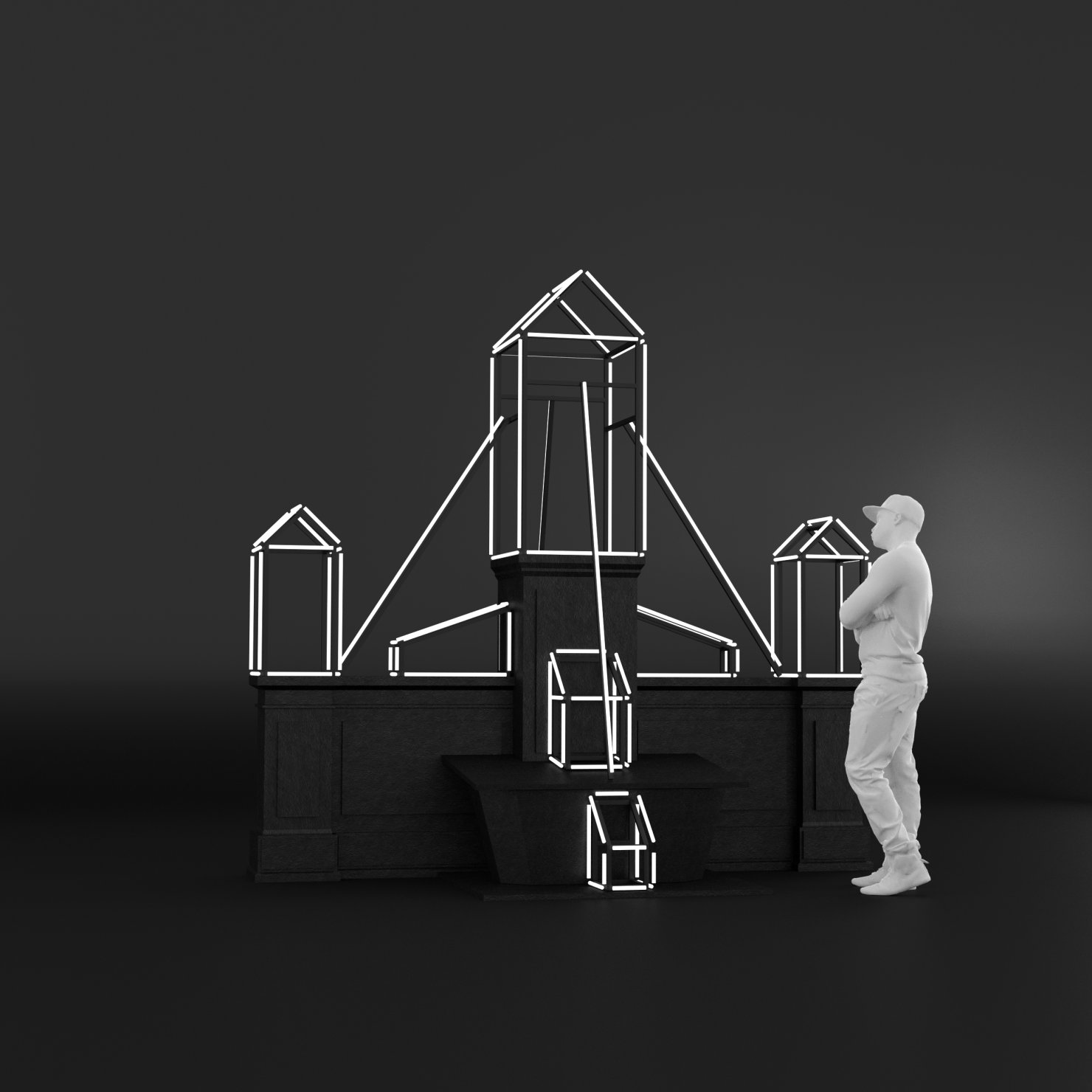 There is a practice in Germany called "Skulptur Einhausung", in English; "Shelters for Sculpture". This age-old tradition consists of covering the marble statues with a temporary wooden shelter to protect them during periods of frost; from late October to early March. The original device is rather simple; An envelope protects the works from water infiltration, it could indeed slip into the pores of the stone, freeze during negative temperatures and pop the material. This practice gives rise to a pragmatic but nevertheless very poetic abstraction. This confrontation during a recent trip to Potsdam in December 2017 is at the origin of the work.

Inspired by the practice of Skulptur Einhausungen, the work consist of a 1/50 scale model of the final Installation (Model size:50x30X45cm). The final installation consists in recreating the pedestal of an existing marble statue located in Potsdam Germany, in the famous garden of the « Palace sans soucis ». The pedestal of the statue is reproduced in small format with materials including lacquered wood, brass and aluminum and instead of the traditional winter wood sheaths, a tubular steel structure covered with prototype light tubes, materializes the edges of the sheaths.

As the 1/1scale artwork requires special dimensions of light tubes for the the edges, I have developed a special formula of chemicals reacting to 365Nm Ultra Violet light, the 1/50 scale model shows an example of the final light tube prototype.