(*): An act, statement, or gift that is intended to show gratitude, respect, or admiration. 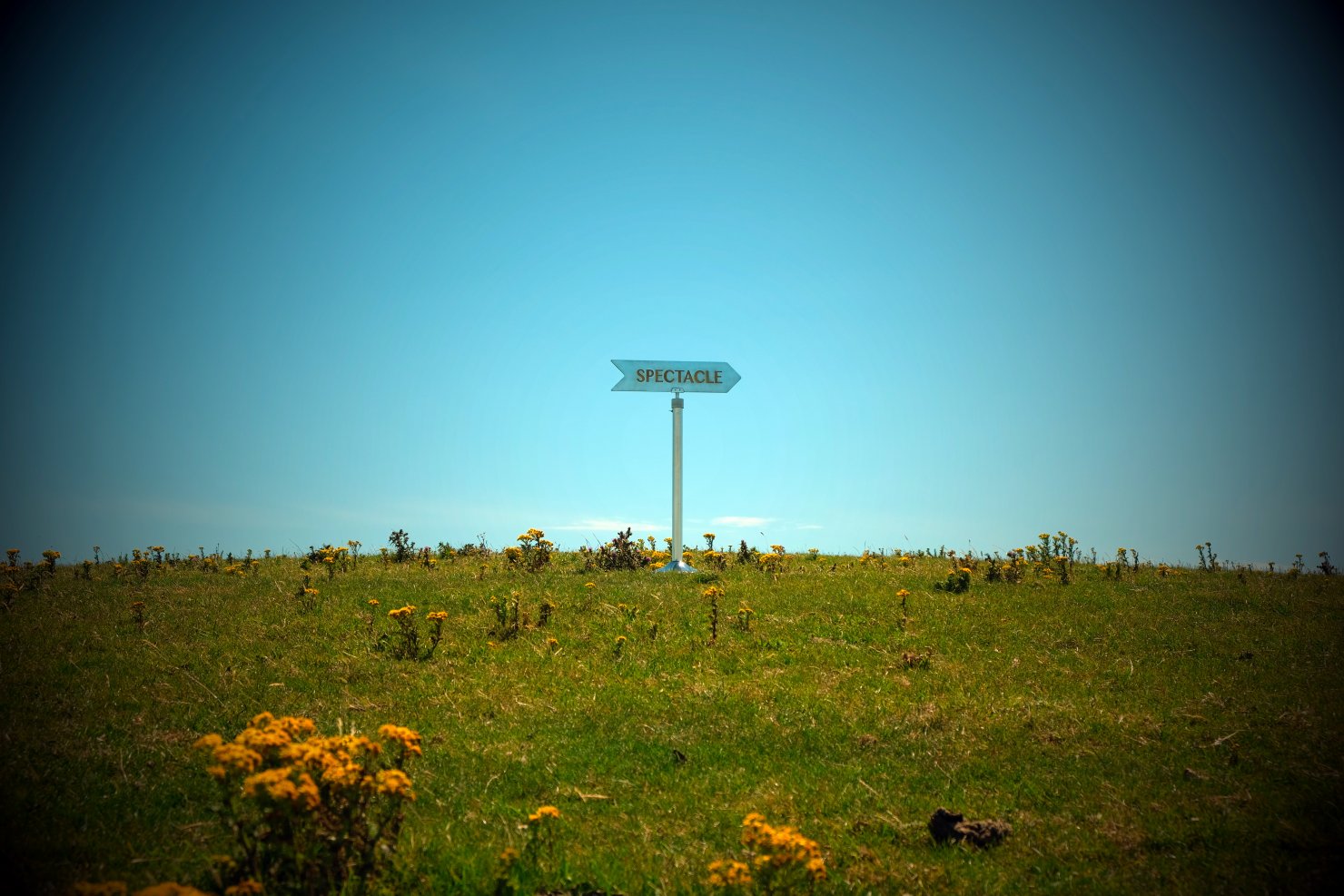 Artwork history: I finished during the year 2019 a kinetic sculpture which meant a lot for me to complete, it had almost spontaneously inherited for title: "God is Dog spelled Backwards" the title choice was at first for me only an obvious orthographic evidence, an artifact intended to divert attention from the background, it was also a nod to the Fluxus movement for which I have always had a deep admiration. Nevertheless, I learned a little later while trying to find any reasonable argument for this choice that it was used for the first time in 1967, to name a three-minute film directed by Dan McLaughlin. The film stars 3000 years of art history in just under three minutes. At the rate of 8 works of Art per second on original music by Beethoven (5th Symphony).

The actual sculpture consists of an automated sign that rotates continuously at the rate of ten complete turns per minute. It operates on battery and was at the basis of a short movie project where I would move the device in various contexts and take short videos of 15 seconds. A way to share with the public the importance of the Context where an artwork is displayed.