DataViz of the Earth magnetic field 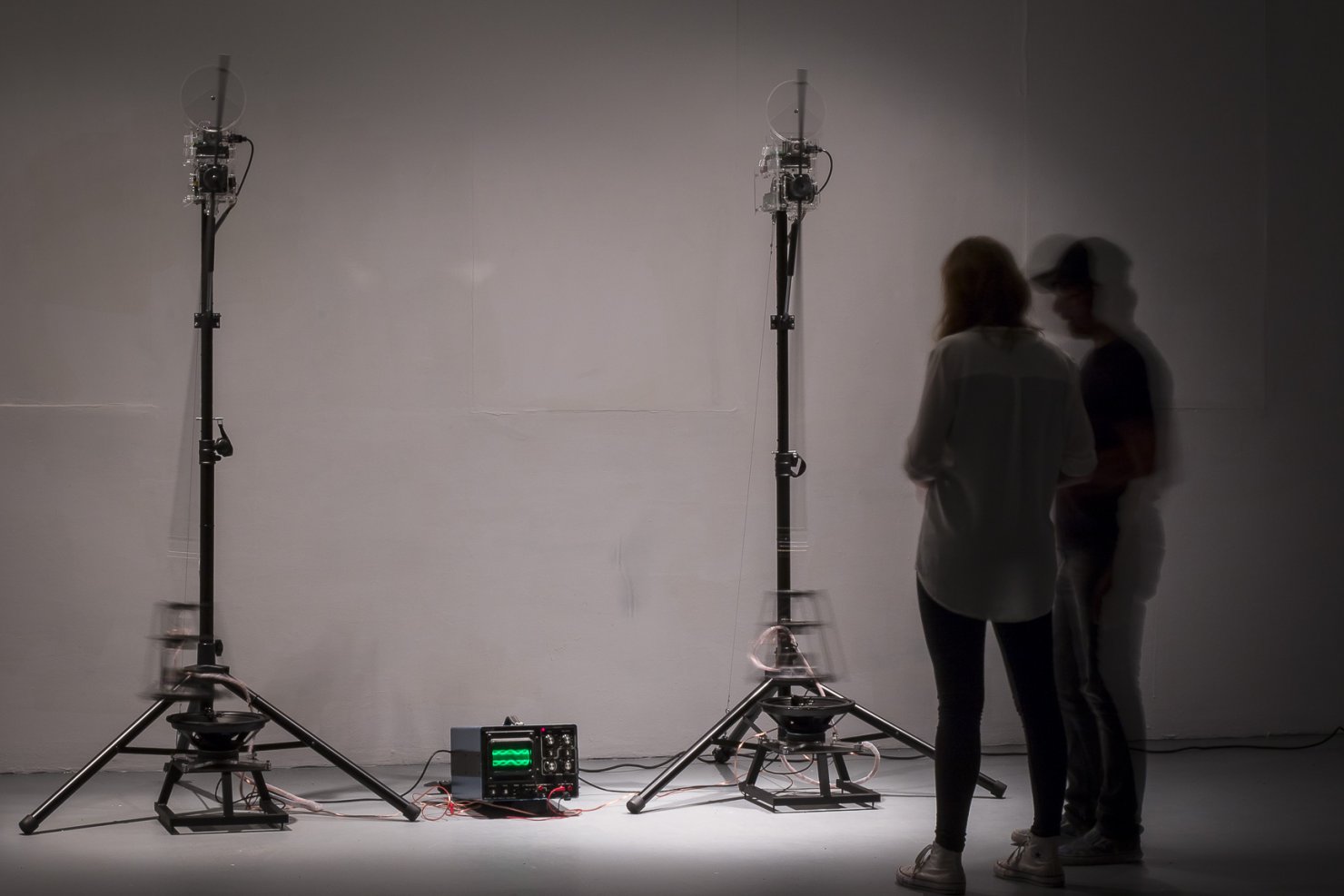 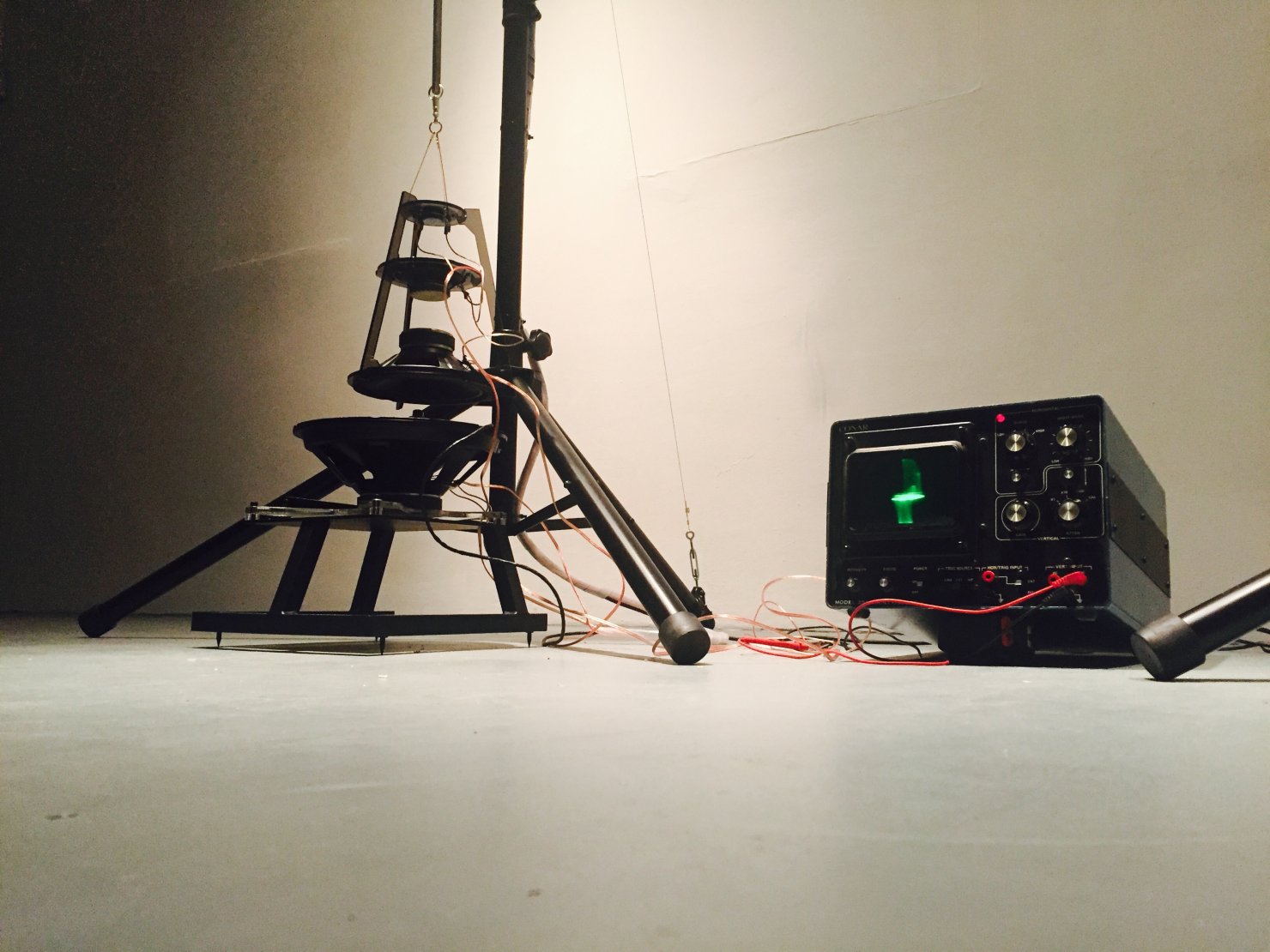 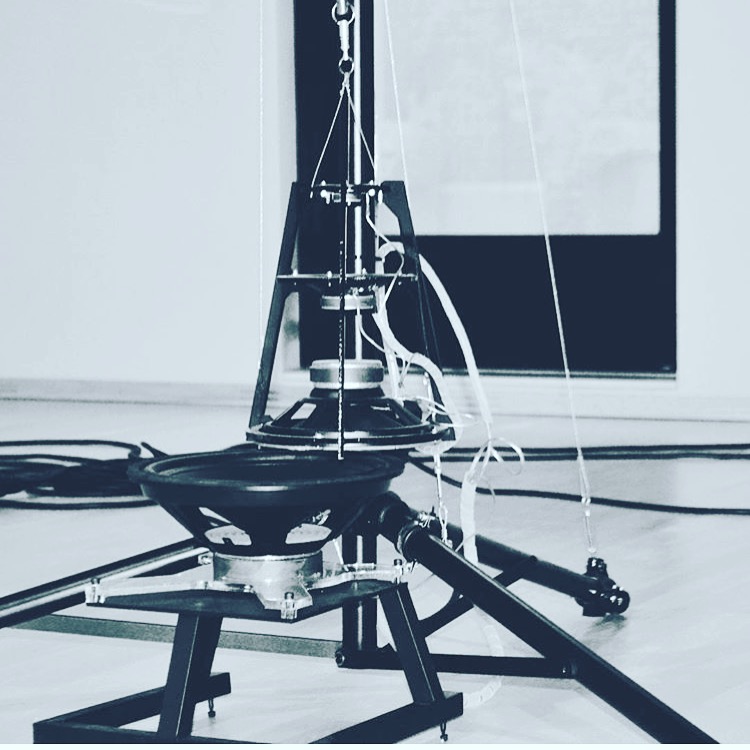 "Homéostasies - électromagnétique" The installation consists of a double structure composed of a device similar to that of the metronome whose main axis is extended by a free pendulum sheltering a sound column. The device evolves at the rate of index K data provided by two remote observatories, one Canadian, one Belgian and illustrates the last solar storm of 28th May last, and more metaphorically: the last "Aurora Borealis". Sounds and movements evolve gradually throughout a 20-minute sequence, in the climax of the period, the rhythmic disturbances are accentuated, the structure becomes unstable, the sound is accentuated and the system tries to maintain its fragile equilibrium (homeostasis ), it’s the electromagnetic storm. Gradually the system finds a more stable and regular state to then reproduce a similar sequence. It is mainly the fusion of sounds and the interactions of these with the immediate environment that illustrates these two scientific concepts (Homéostasies and Electromagnetic Fields).