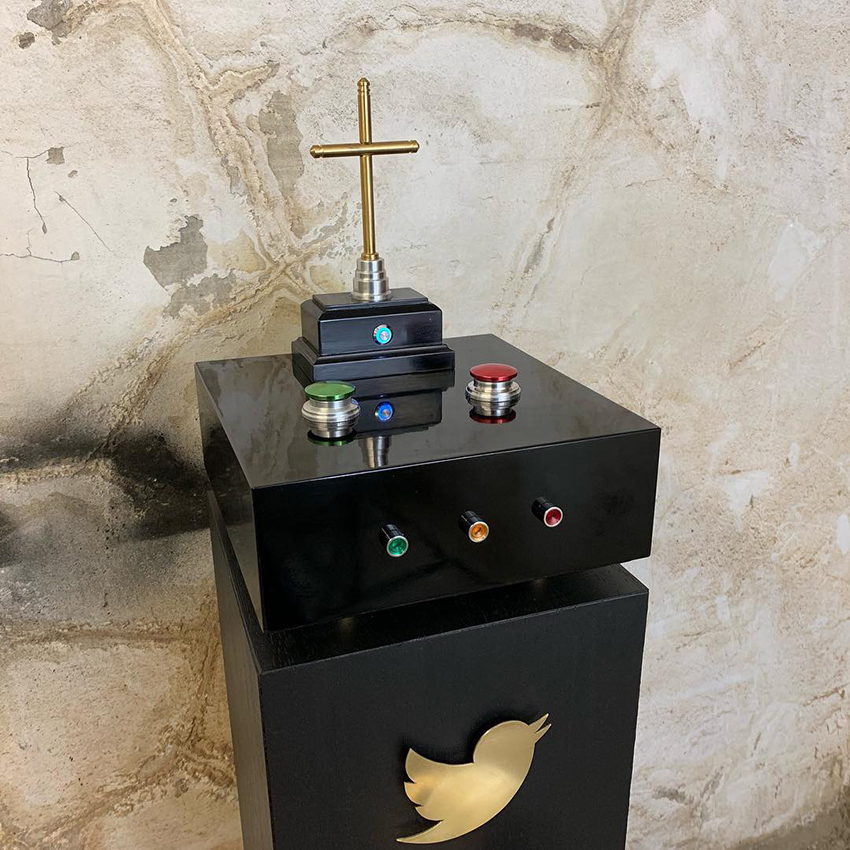 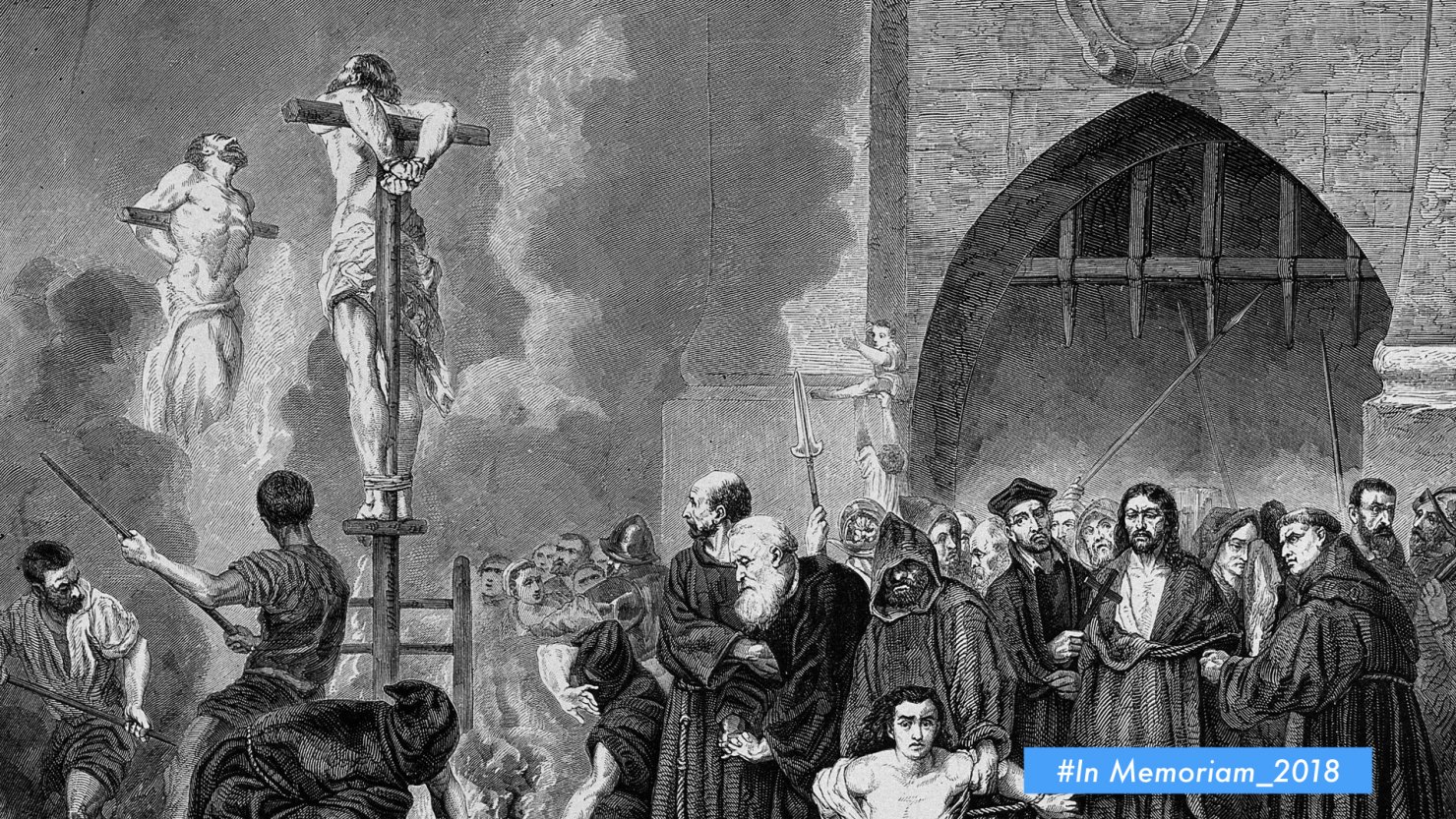 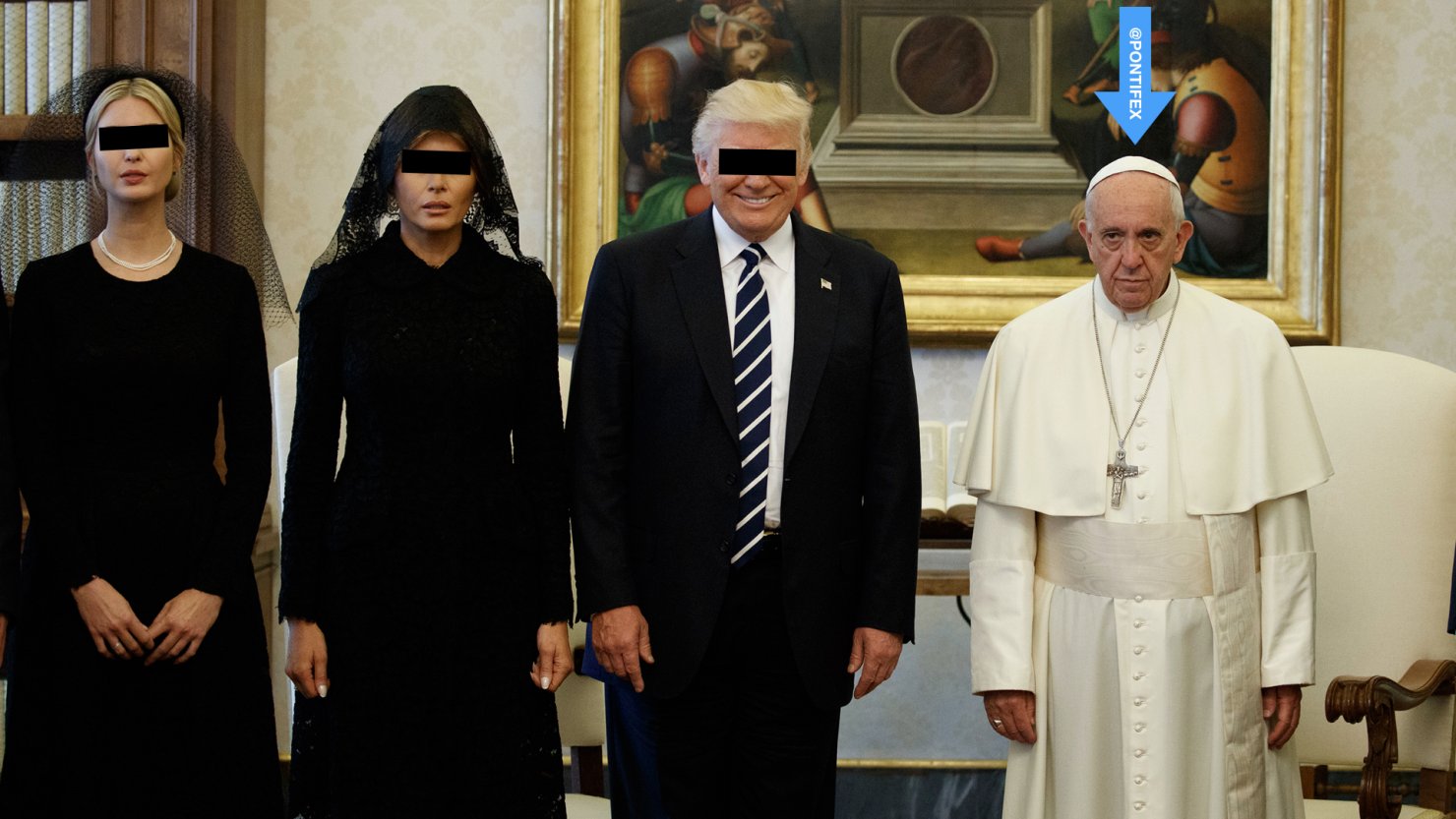 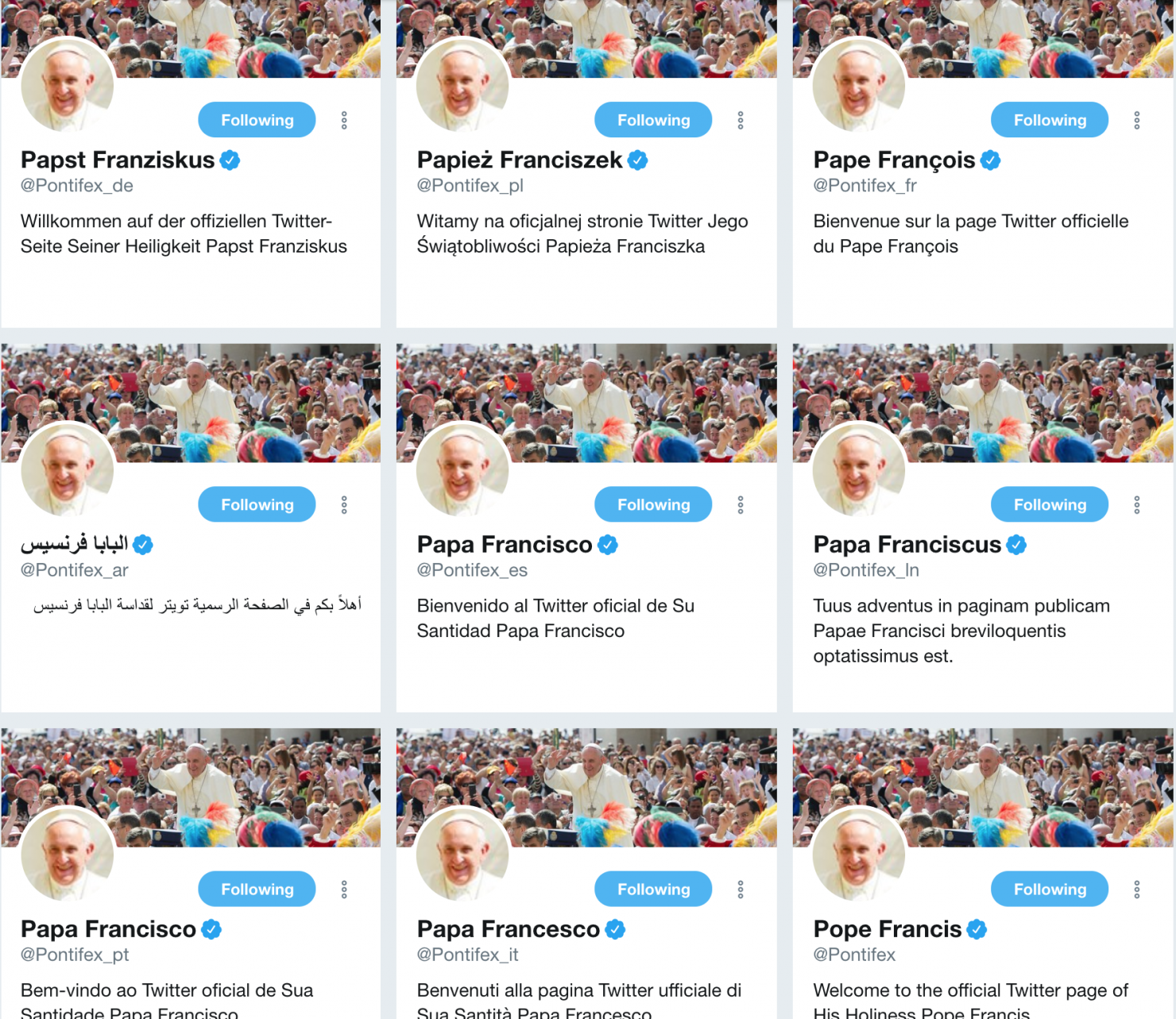 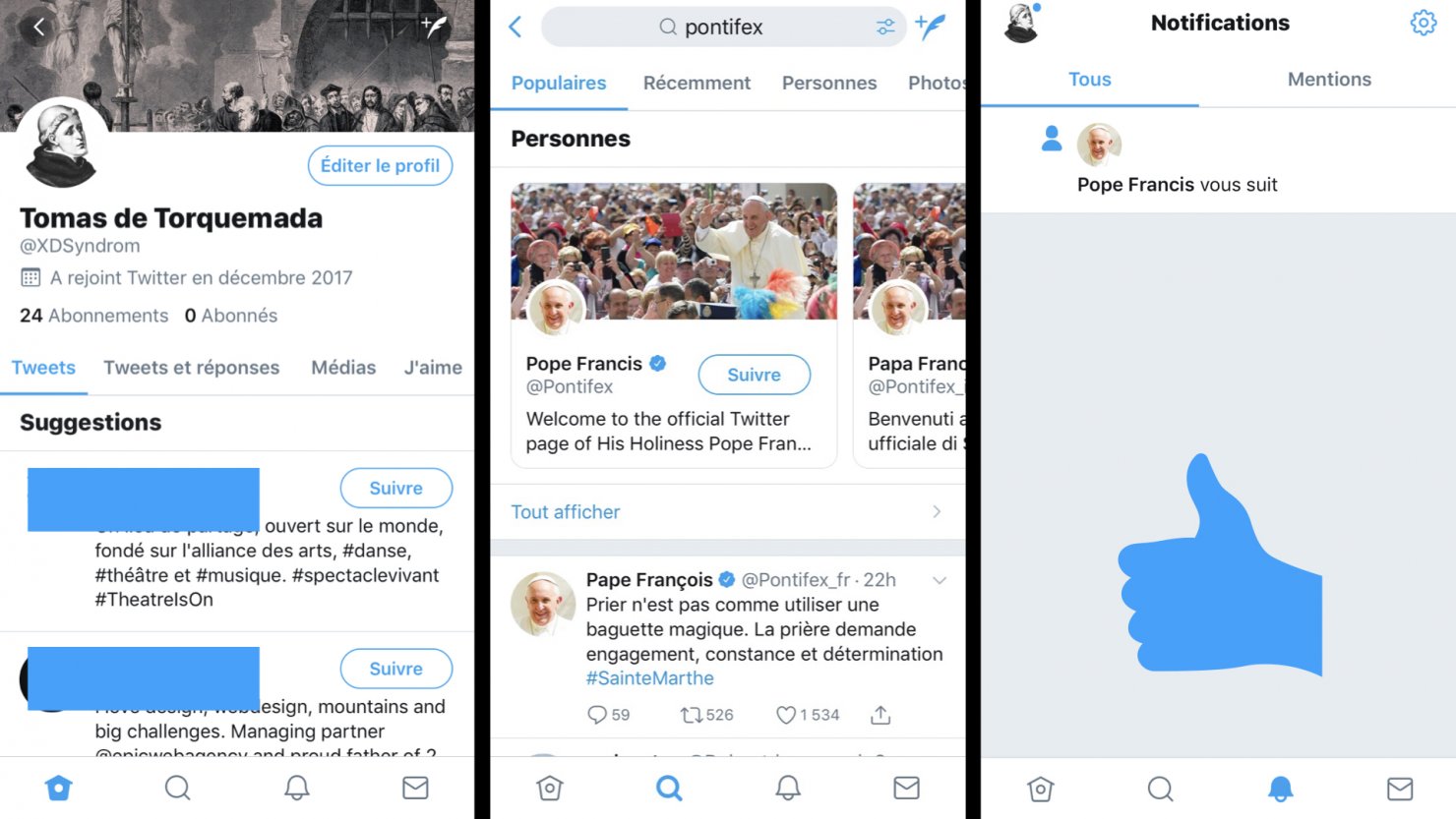 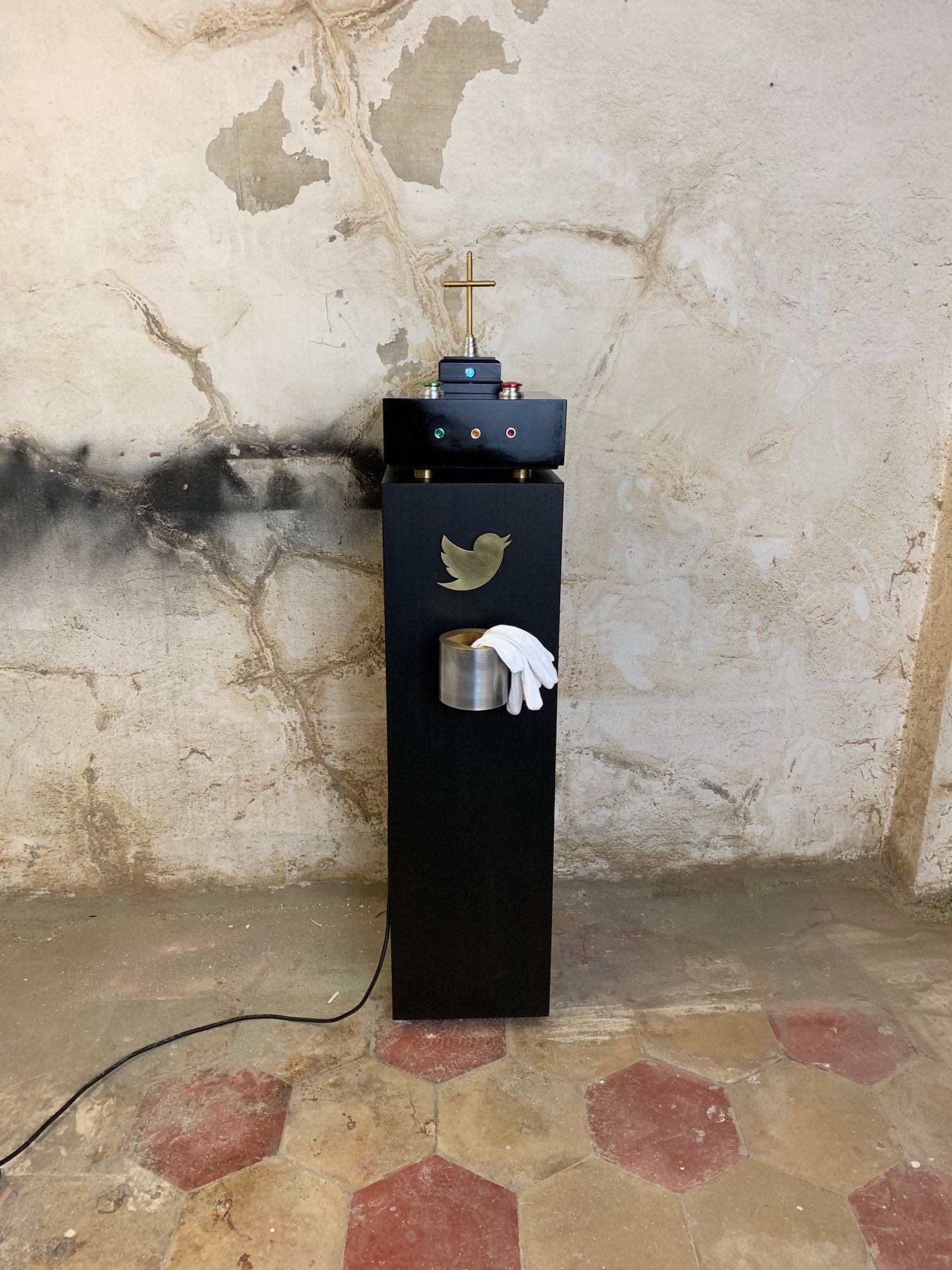 #INMEMORIAM is an homage to Tomas de Torquemada who disappeared at the age of 77 in Ávila, Kingdom of Castile September 16, 1498. Tomas was the first Grand Inquisitor from the Spanish Inquisition, his actions resulted in the expulsion of thousands of people and the execution of 3,000 to 5,000 people, many artists were amongst them…

#INMEMORIAM is as a connected device acting as a satisfaction survey apparatus. The device must be displayed next to an existing artwork, public or private. After examining the artwork, the spectator has the choice between a red and a green button, or not to interact. Whether he likes the artwork he will push once on the green button, if he dislikes the artwork he will give a negative feedback and push the red button.

Visual feedback is given by 3 colored LED as the experience goes on. After a series of unsatisfying reports, a red light goes on the device stops all interactions with its users, the device puts himself on hold and starts its primary mission: Sending a tweet in Latin to @Pontifex, informing him that some "action" should be taken about the specified artwork.   The device is delivered with an offline platform allowing the conductor of the experiment to input the data to be sent in the tweet, and control the threshold of the red button, a picture of the artwork is also included in the tweet. The offline platform allows the conductor to reset the experiment. The device is connected to Tomas De Torquemada one and only Tweeter account. The account remains the property of the artist. The real @Pontifex follows the account.

Technical and logistical requirements : The work is composed of a plinth surmounted by a lacquered device. The device holds a Raspberry Pi powered via an alimentation box (220V 4Amp)n and connected to the internet.

Requirements: _The work should be displayed next to an existing artwork in a slightly dark environment Ideally no other works than the artwork to be judged by the device, in a radius of 3m. _1 Dimmable Light spot _1 Plug 220v or 110v _Internet connection and Password Total Size: H: 110, D: 30, W: 24cm Total setup time: 1Hour Transport: TBD