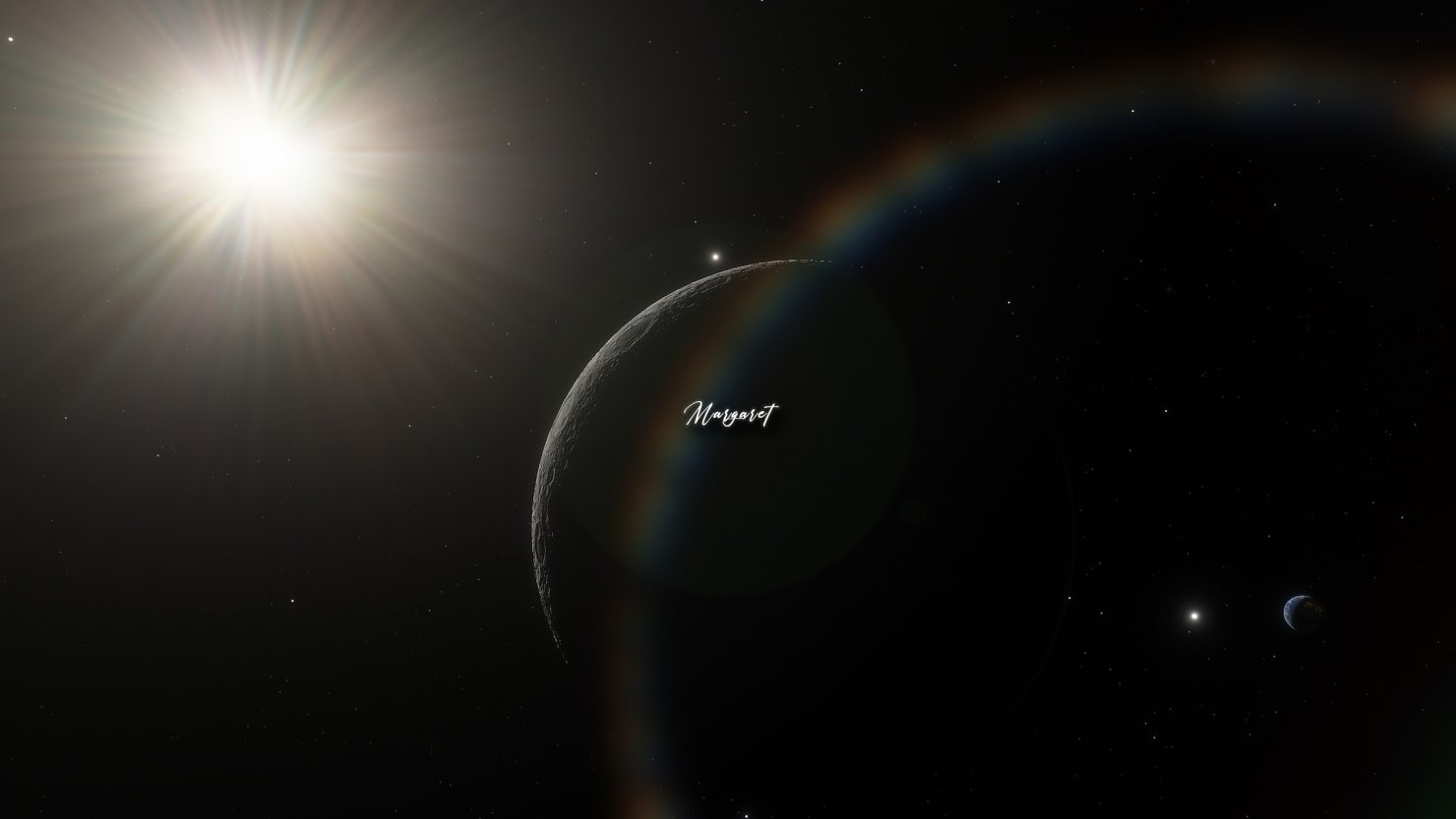 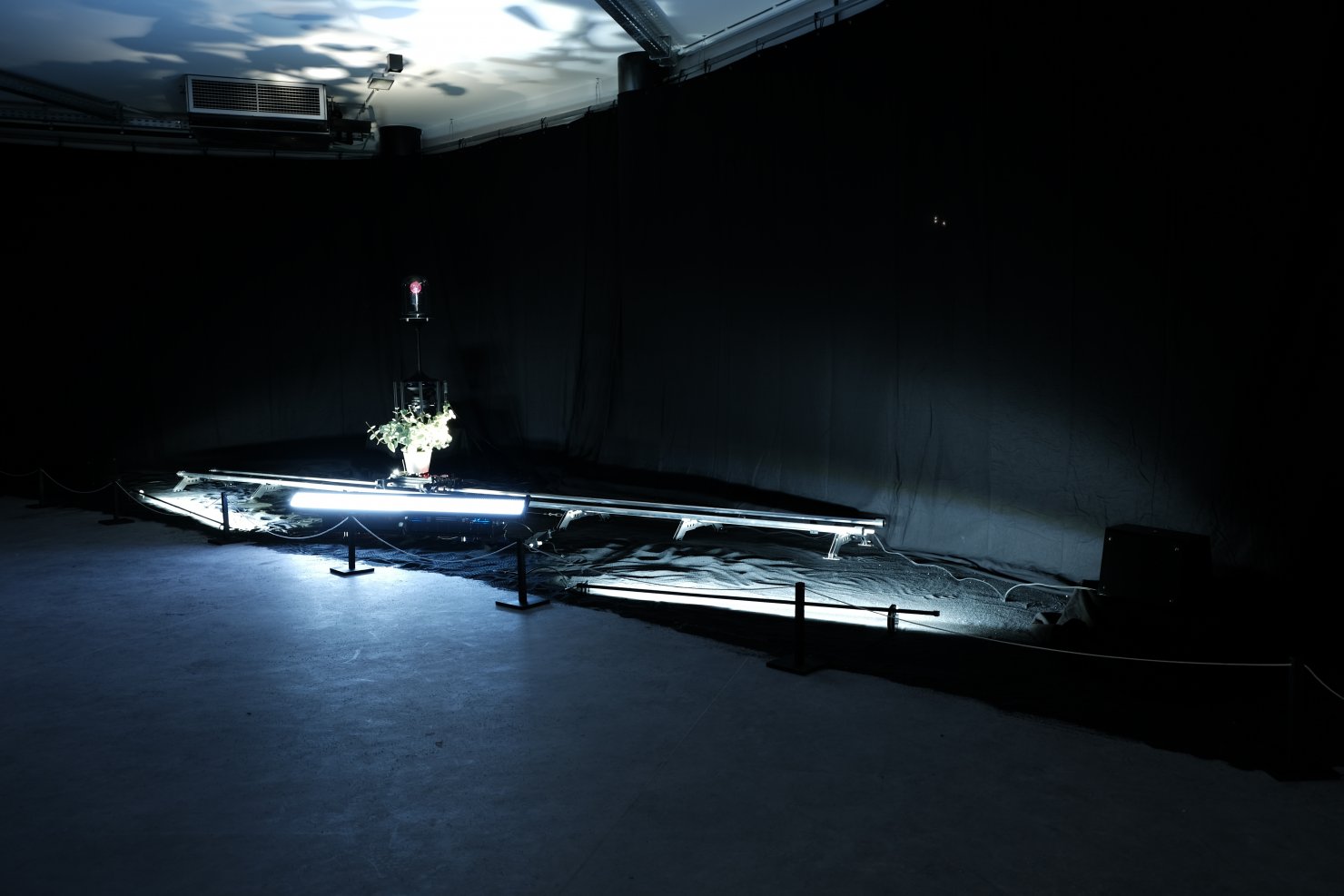 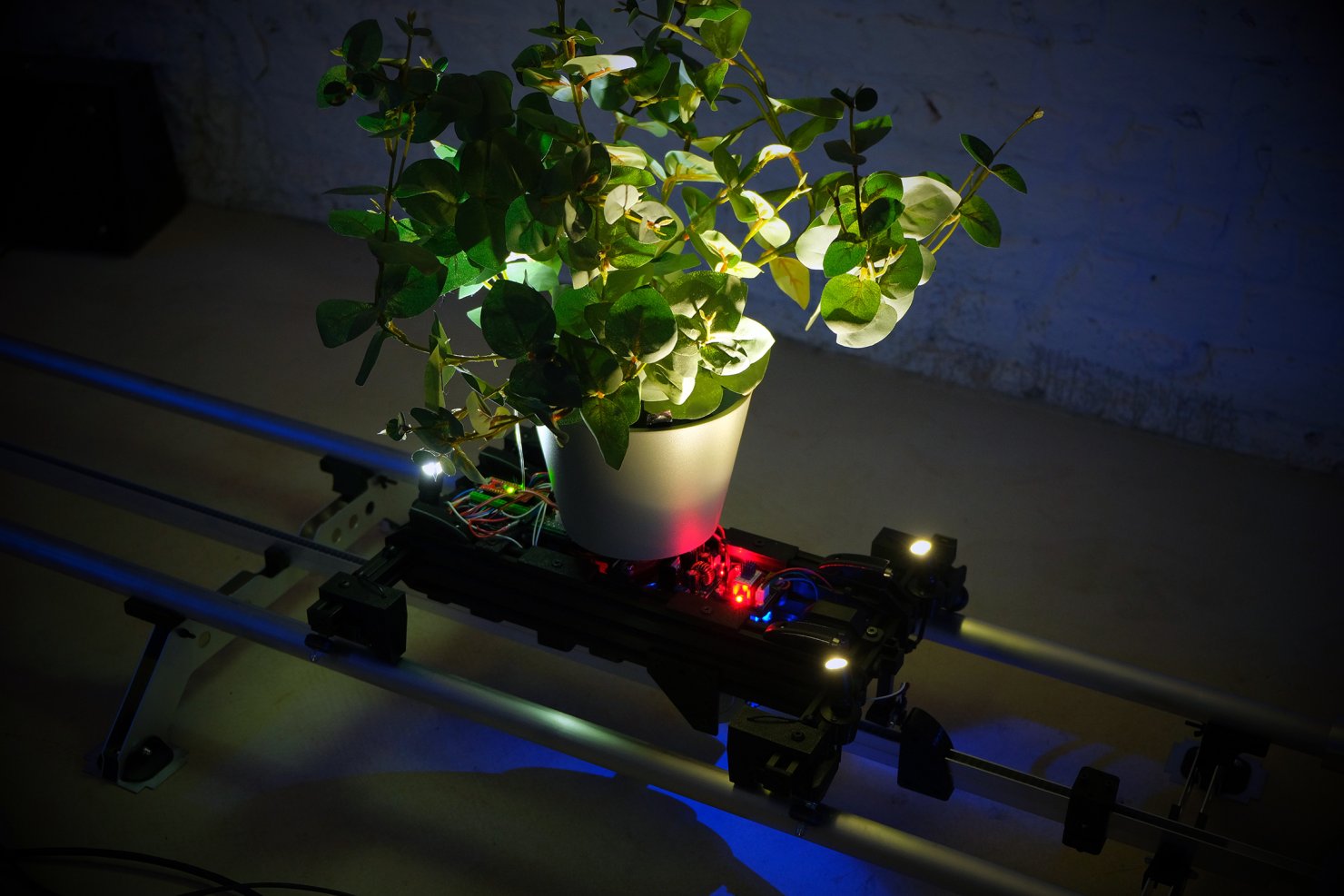 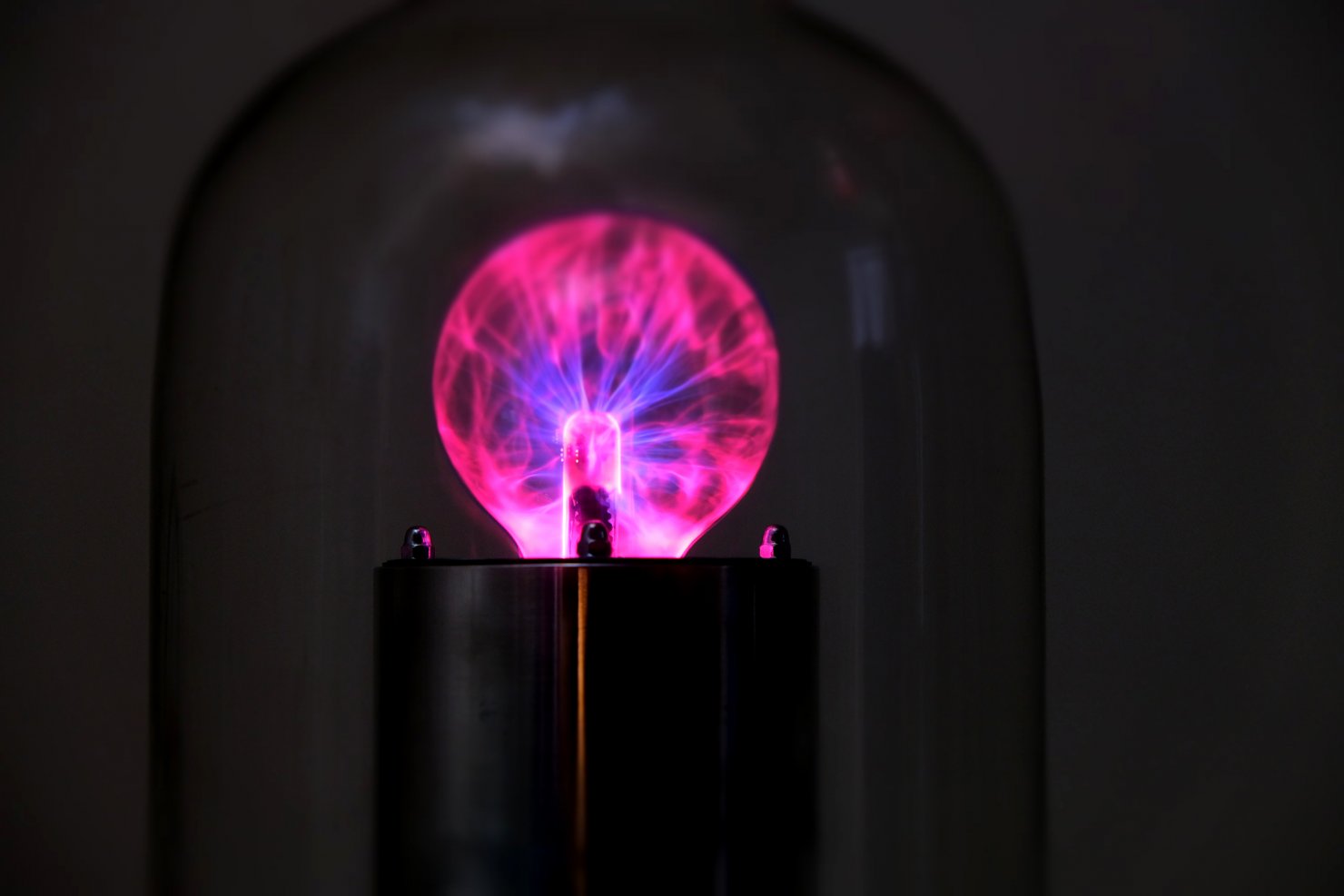 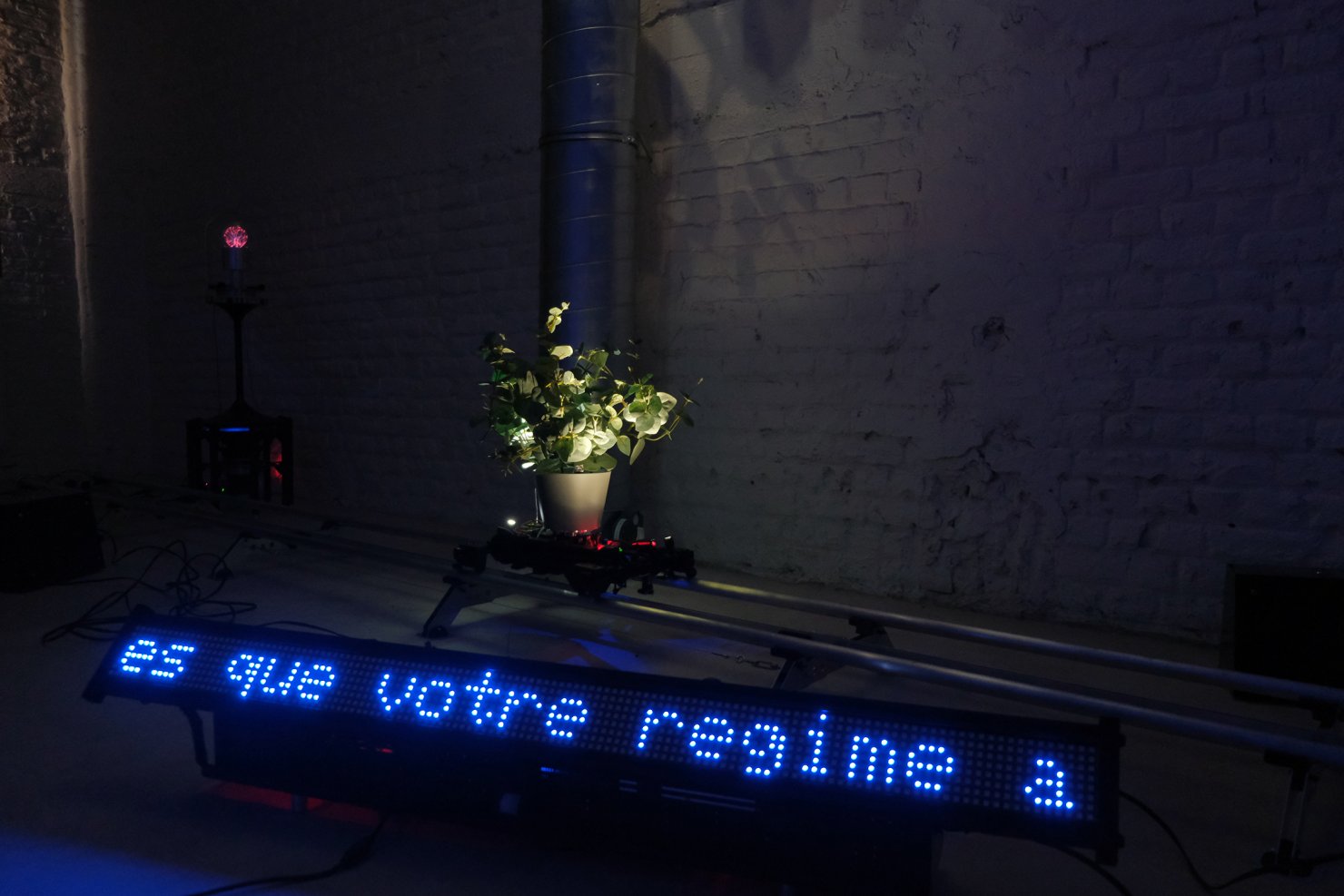 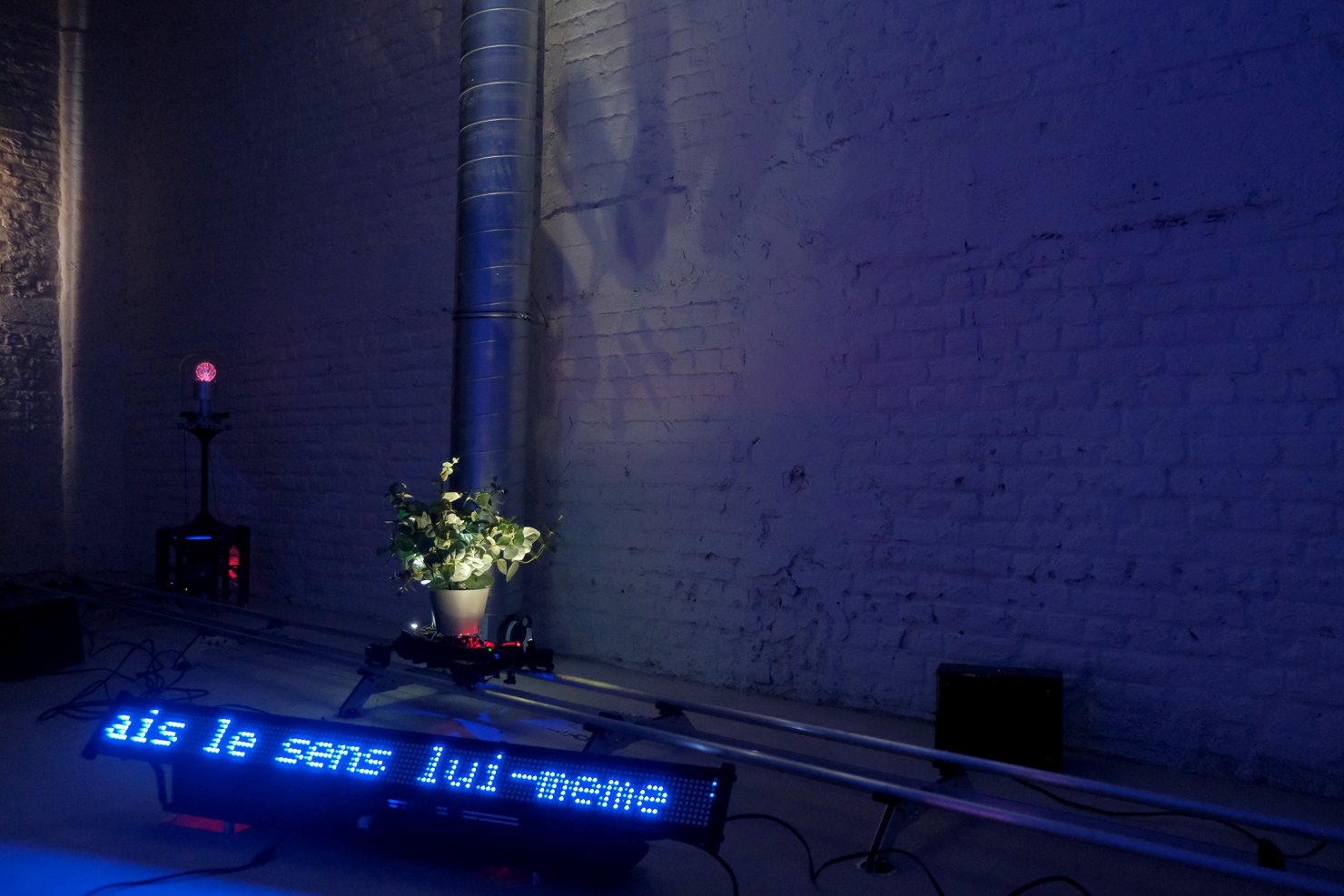 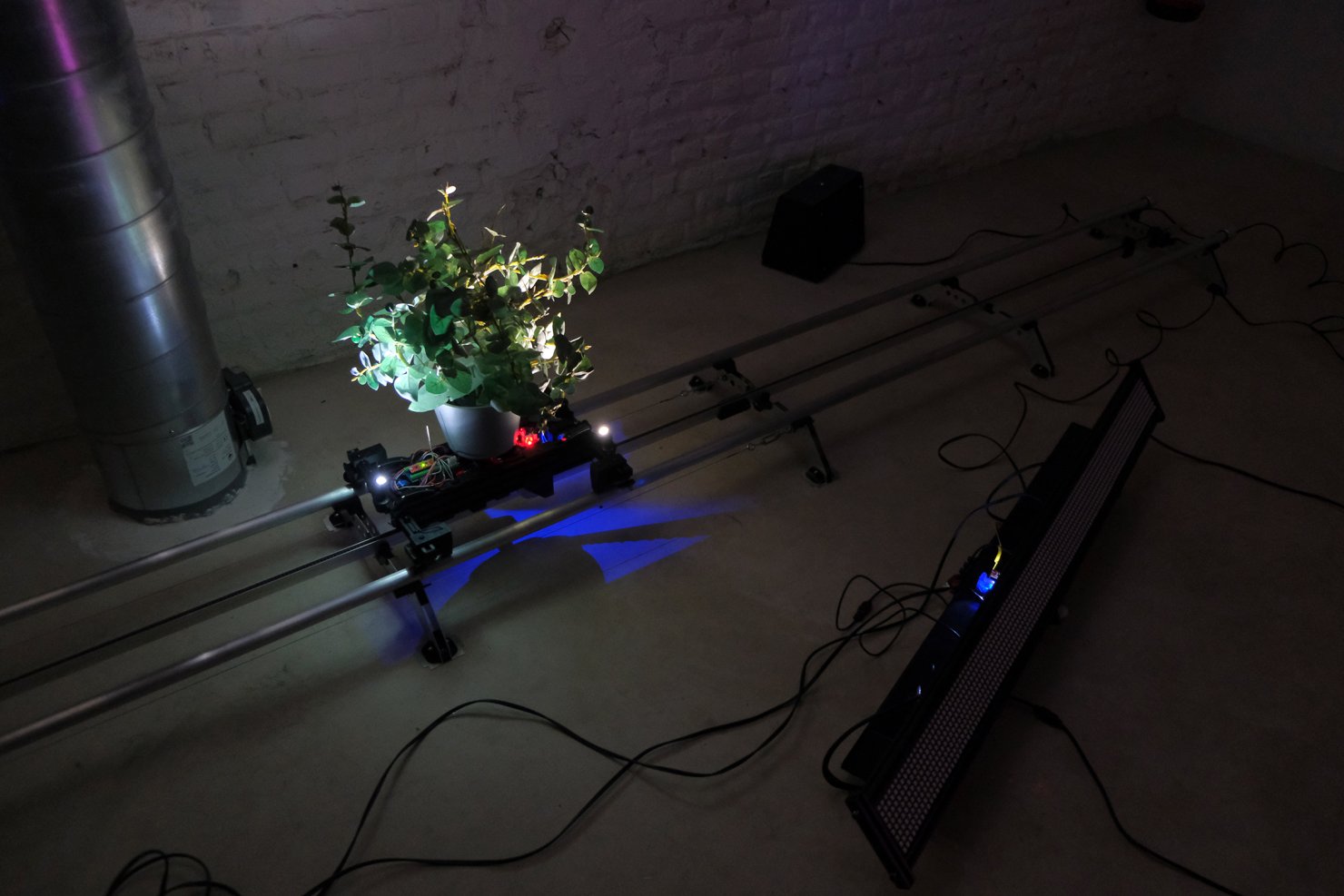 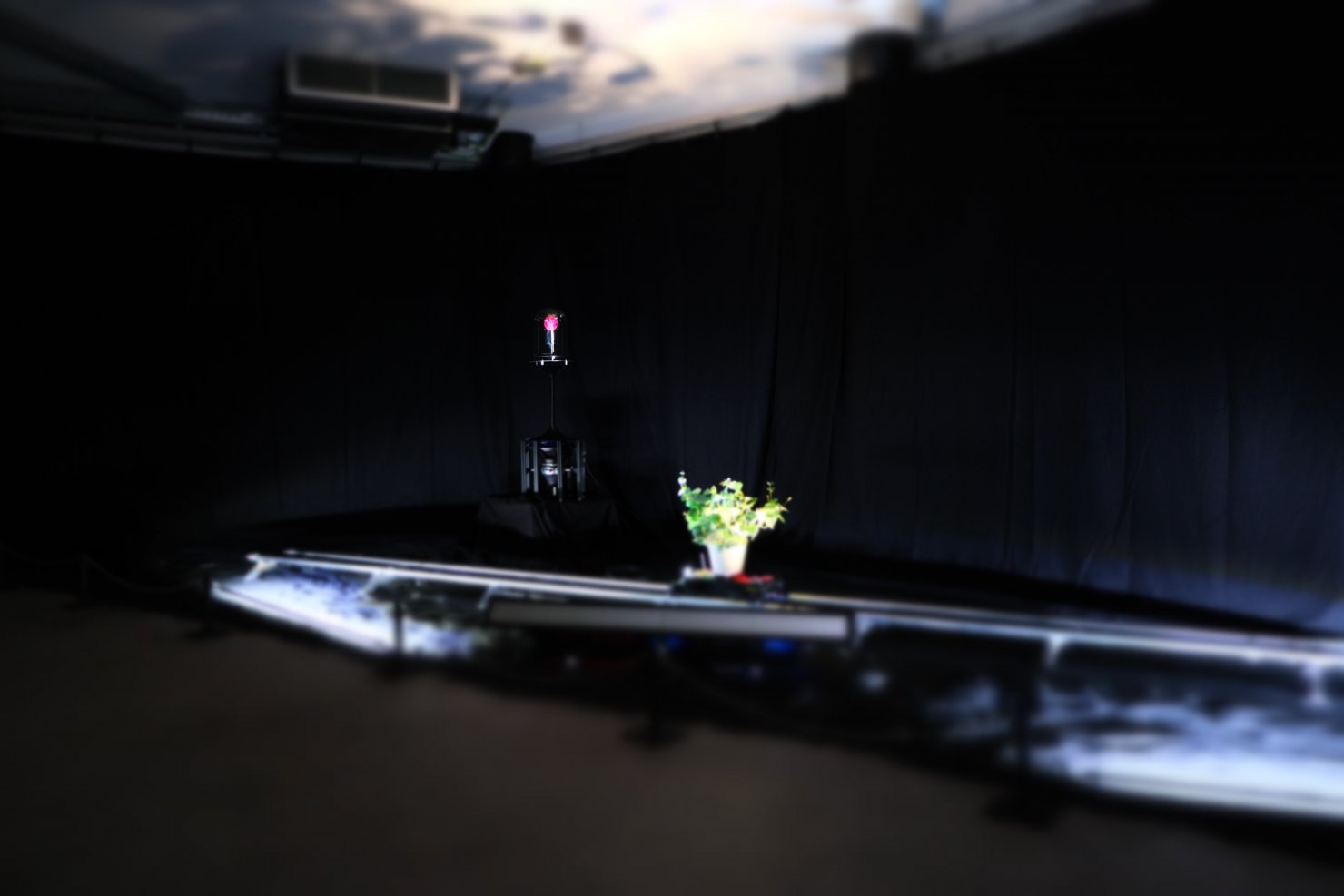 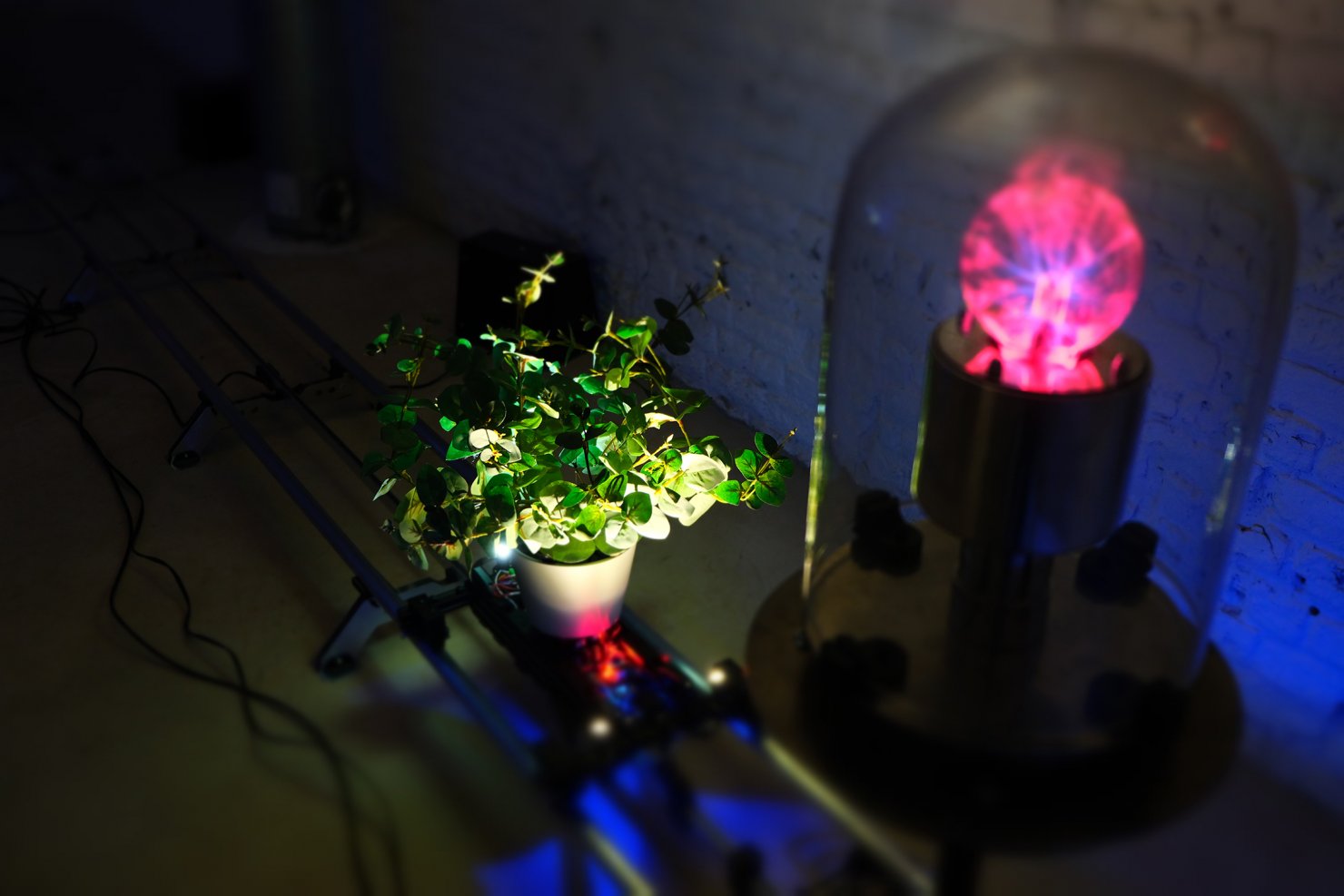 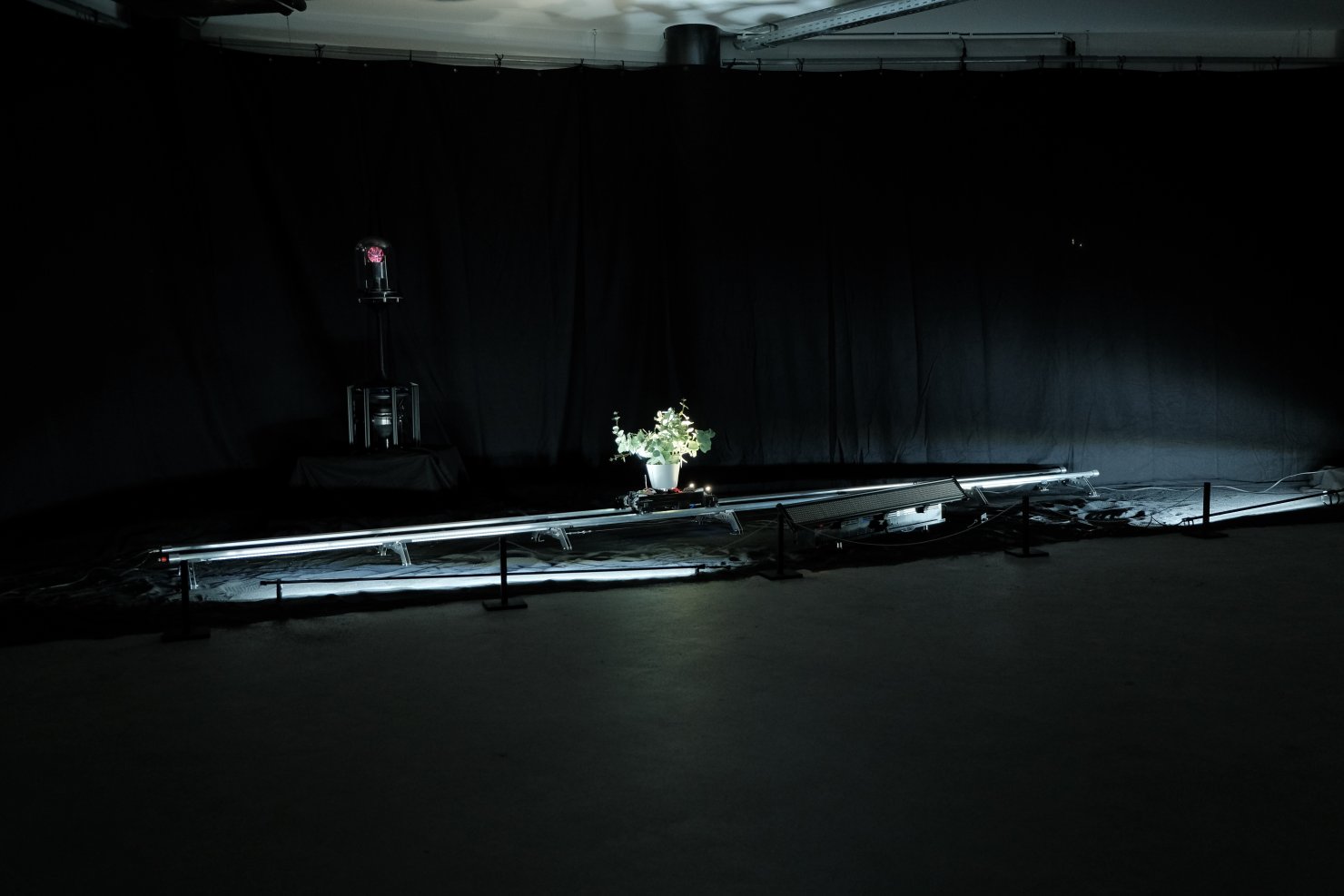 «MARGARET» is an elaborate prototype of ’ESP’ or more precisely an; "Emotional Support Plant".She was designed by the eminent Professor Hamilton to fill her loneliness and converse with her as they both found themselves isolated in an undetermined cosmic area. One day, after long cycles of exchanges and conversations, Margaret realized that Hamilton was on a no-return expedition. She then decided she would start to build her own “ESP” prototype .César18, will be the name of this project.

Margaret is an artificial intelligence machine initially created to fill the loneliness of a researcher, a fictional character named Hamilton. When the professor vanishes one day, Margaret has to face her own loneliness and decides to create her own companion: César 18.

Through this installation, the artist Mathieu Zurstrassen questions the meaning of human creation by attributing this role to artificial intelligence that has been previously trained by humans.

Cesar 18 asks questions about Life; Biological, Metaphysical, Societal ... Margaret then decodes the questions and answers them by tapping on the resources of its database in order to educate C18 on the meaning of life, so that it too can become an "ESP" », An Emotional Support Plant blessed with intelligence and discernment.

The bottom line of the installation is to question the current status of what we still awkwardly call Artificial Intelligence, evoke the possible ability of a Neural Network to express Human like emotions like loneliness, and furthermore a human psychiatric disorder like; Schizophrenia.

The whole installation runs on custom software mainly written in Python and Java.

The content generation engine is based on 3 different machine learning models.

The questions are created using a Google T5 based Question generation template.

Answers are generated using a model trained on openai’s GPT2.

The translations are also generated in real time thanks to Google T5.

The Q&A generation models are both custom models created using a homemade python script relying on Pytorch and Tensorflow technology as well as the Transformers library from Huggingface.

The main script that drives Margaret is developed in Python and takes on the role of conductor of the various elements of the installation. It revolves around 2 main functions: On the one hand, it continuously generates new question / answer pairs in real time, translates from English to French and analyzes their positive or negative character. On the other hand it manages all interactions between Margaret and Césars as well as the display of the led matrix.

The movements and light devices are managed by several Arduino type micro-controllers, which communicate with the main script thanks to a tailor-made protocol, via cable for some and via radio frequency for others.

The project has received the support of "La Fédération Wallonie Bruxelles" : http://www.culture.be/ Is a coproduction with Kikk Festival : https://www.kikk.be/2020/en/homeAnd IMAL : https://www.imal.org/fr