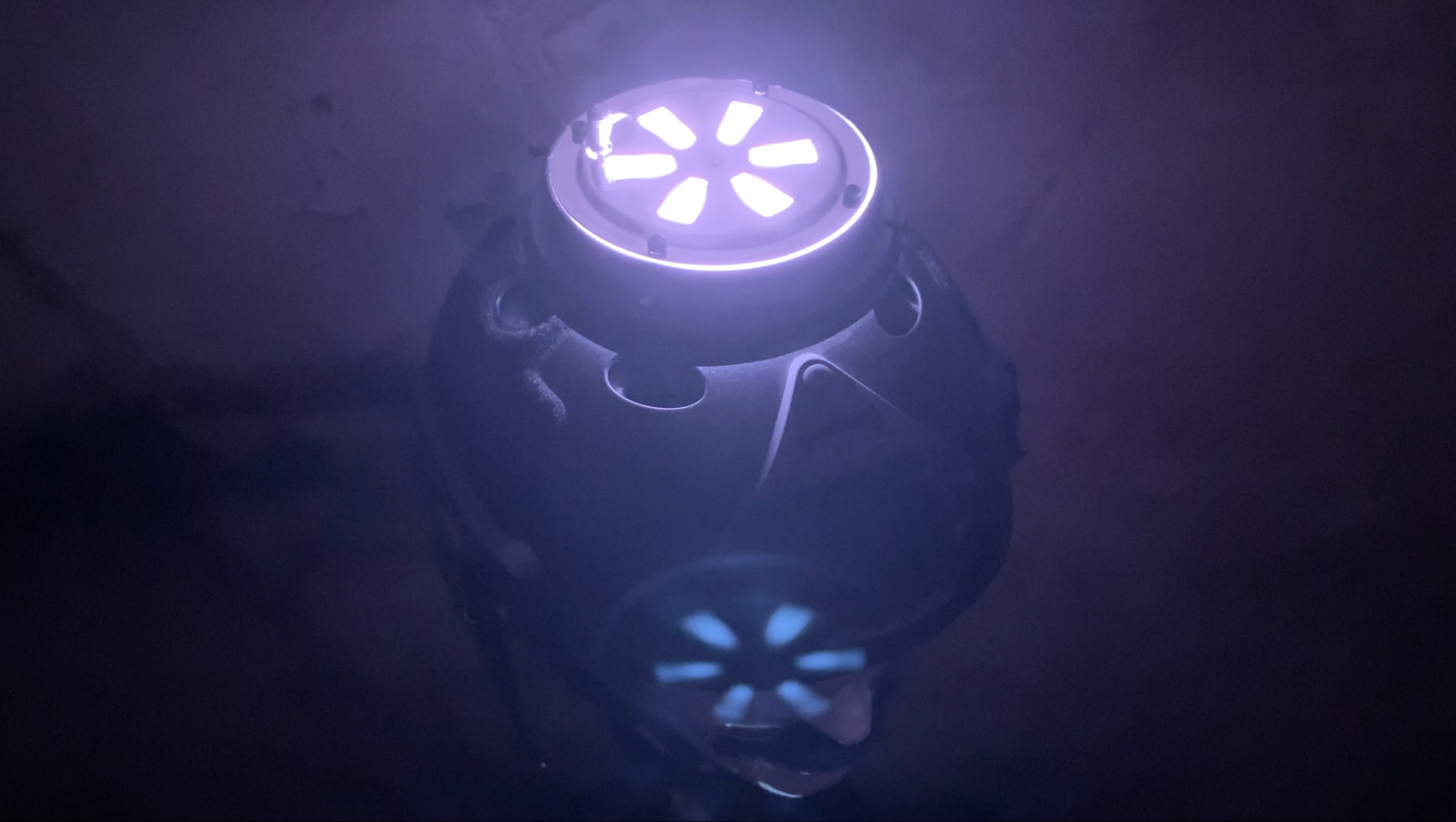 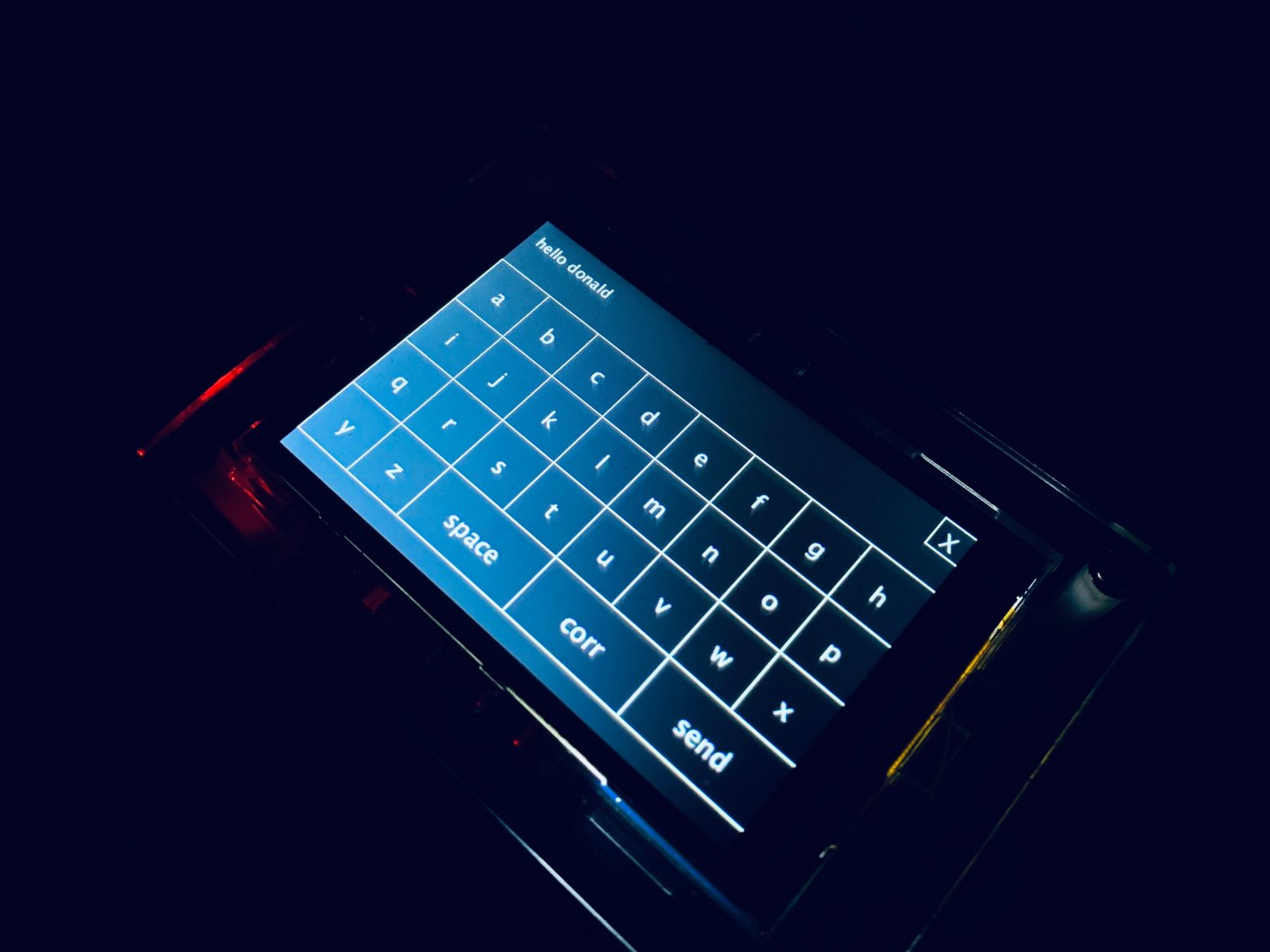 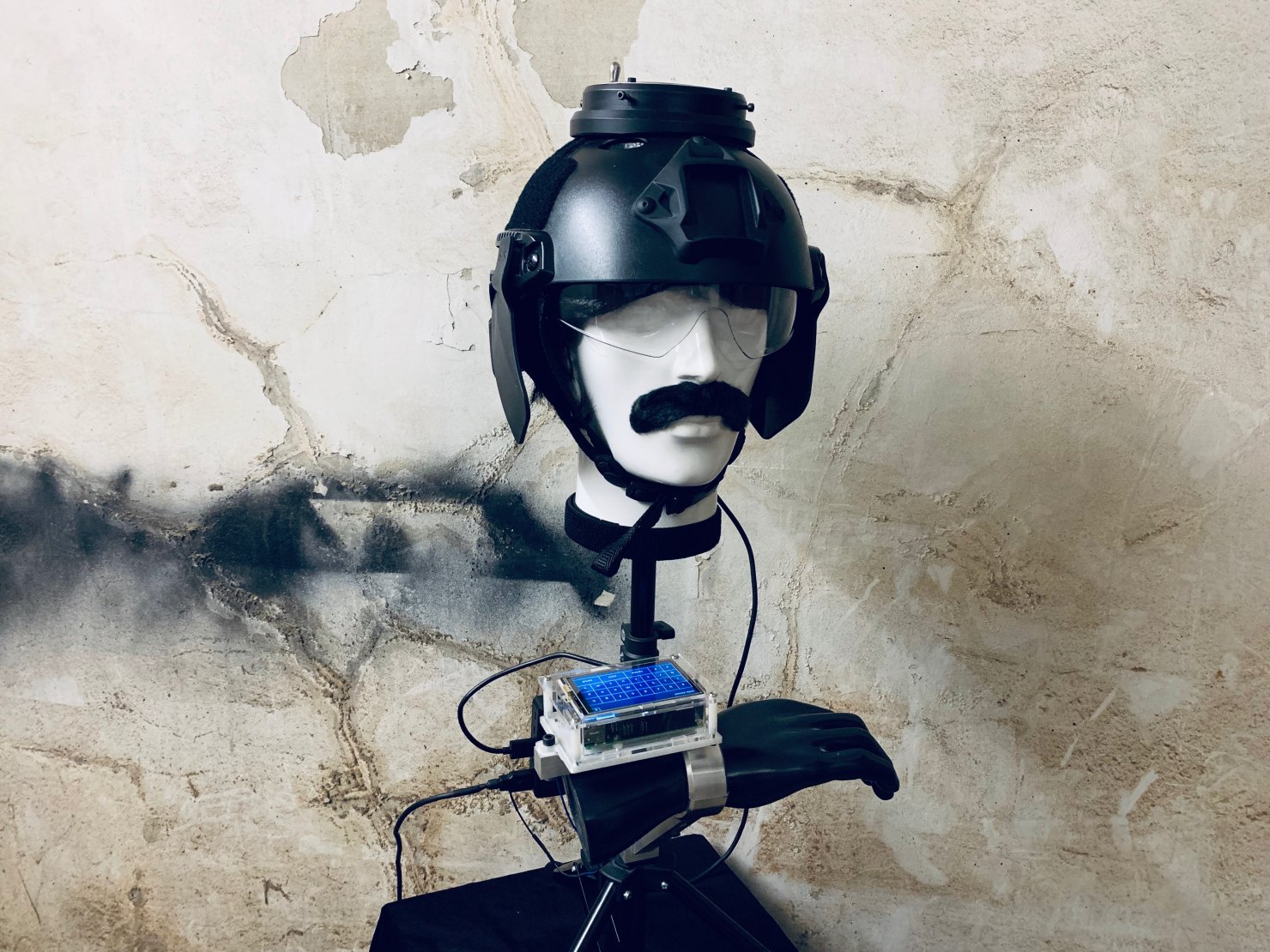 Morse Helmet sends custom "light signals" to the above. This open source DIY art project tries to reduce the gap between the Art world and the DIY movement. (Wow)

The user writes a message with the help of a touch screen display wired on a raspberry Pi.

When the user clicks the "SEND" button, his message is converted to Morse code and the custom made helmet sends the converted light signals through the top of his head!

(Yey!). What makes an artwork, Art? The creator? The craftsman? The materials? The instructions? The context?

The project won’t probably answer these questions, but if at least it can be a catalyst to just evoke these, it would be a win for us.

H.O.L.D. Y.O.U.R. F.I.R.E. About aesthetics... We do admit it does look a bit like this one guy from the Village people, it also has this kind Army kind of a look, well it’s probably an attempt to parody both but the second one explains why the Morse code was used for this work. Nevertheless, the initial idea was an attempt to somehow raise awareness on what’s currently happening above our heads. Yes, Surveillance. Drones, Satellites, Cameras. Quo Modo Deum, The All Seeing Eye thing.Build your own version following the Instructable we made and tell the people above us that you know they are watching.