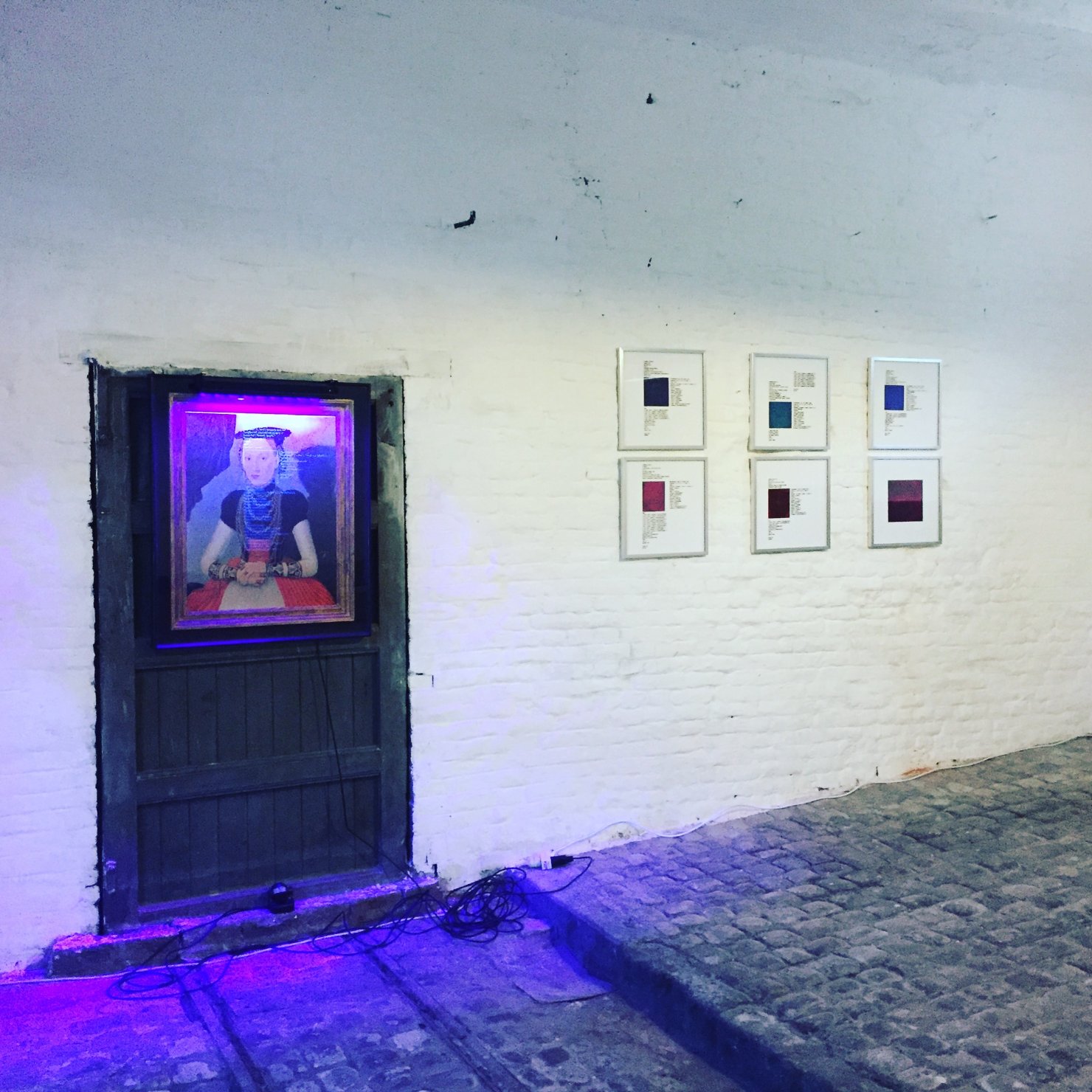 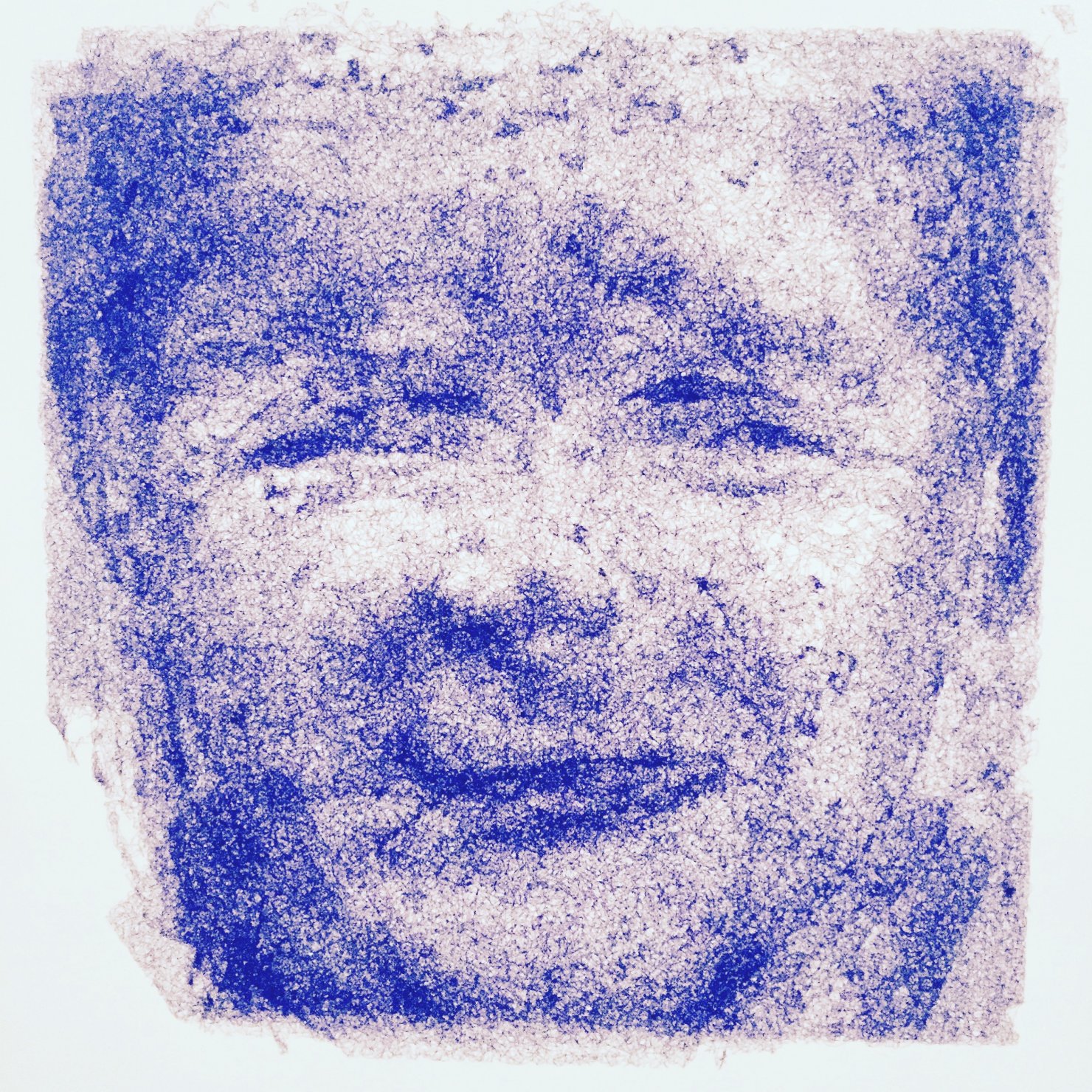 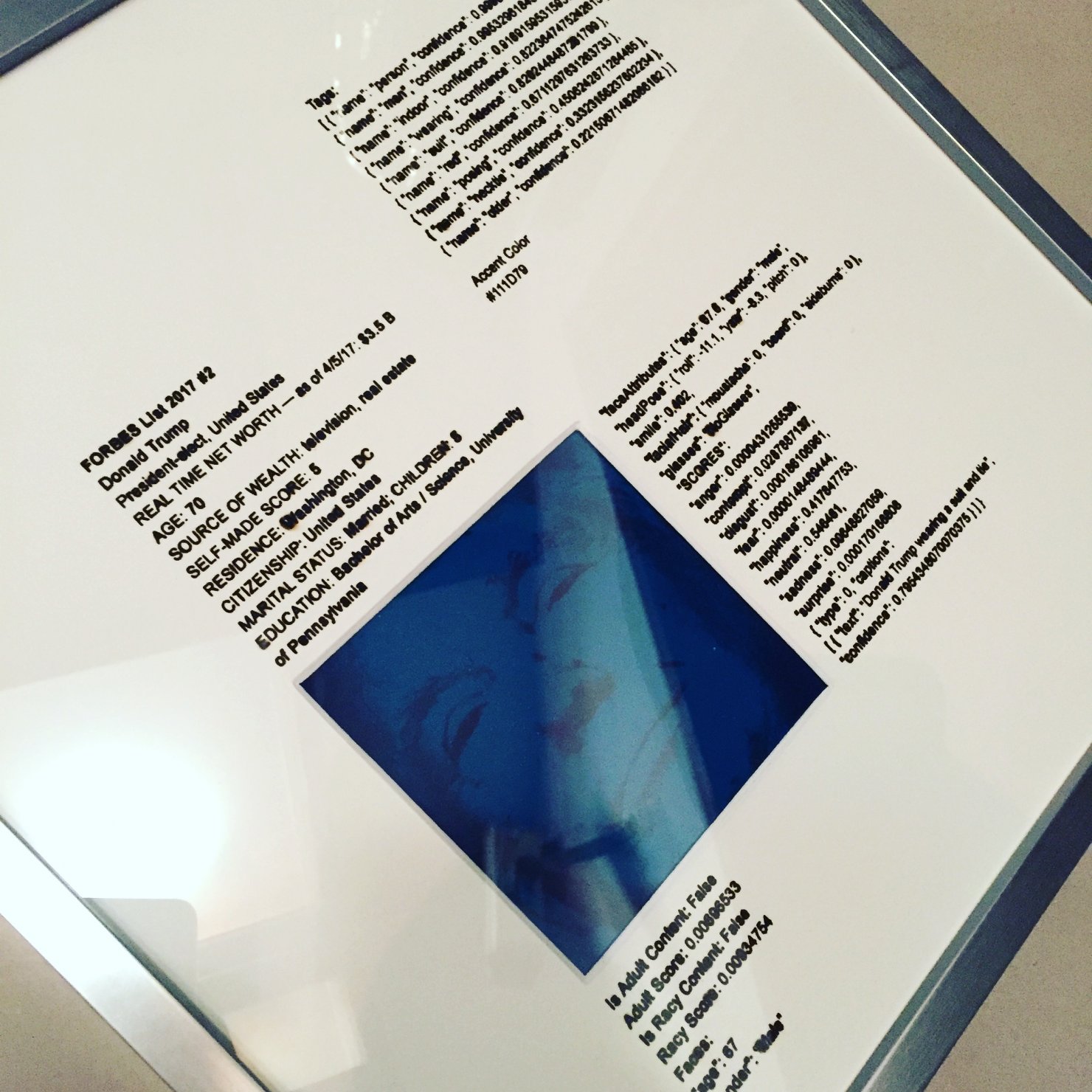 Series of six frames representing the faces of the 5 most powerful personalities in the world according to the Forbes 2017 ranking. The morphologies are analyzed via a facial recognition program, provided by the Microsoft company. This powerful device analyzes the queries (faces) via one of the most advanced artificial intelligences to date, data of emotions, location, gender, age, etc. are collected and then compiled on paper. The process is almost entirely automated, the ballpoint pen drawing is generated by a mechanical designer, the data collected at Microsoft are laser engraved on the awning and a gelatin whose color code corresponds to the colorimetric accent of the image analyzed is Superimposed on the drawn face. Downstream of the work of programming, analysis and selection of the theme, the artist assembles the various layers of information, the superposition of the layers allows, through its materialization; The Visualization of the data provided by the Artificial Intelligence and their comparisons. The sixth framework represents a morphological combination of the characteristics of these 5 personalities.